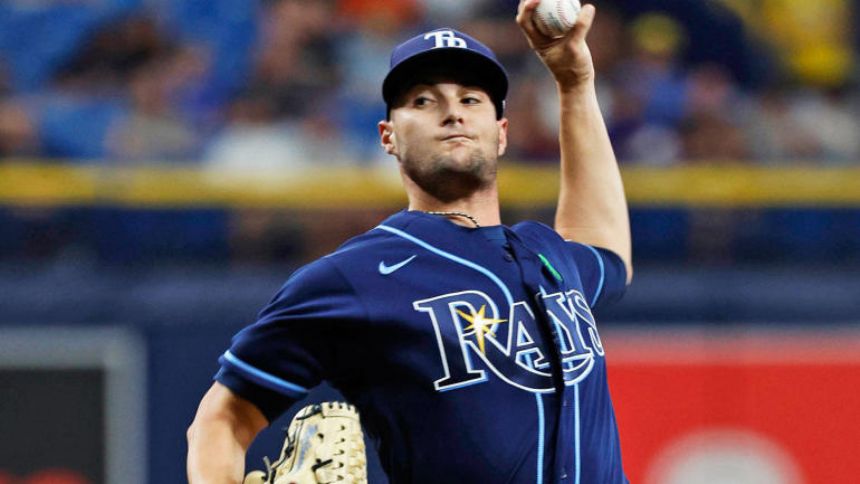 The New York Yankees own the largest divisional lead in the major leagues as they are 11 games ahead of the Toronto Blue Jays in the American League East. New York (49-17) had won nine in a row and 16 of 17 before dropping a 10-9 decision at Toronto on Sunday. The Yankees look to begin another lengthy winning streak when they visit the division-rival Tampa Bay Rays on Monday for the opener of a three-game series. Tampa Bay (36-30), which trails New York by 13 games, has lost seven of its last nine contests, including all three at Yankee Stadium last week.

New York is a -130 money-line favorite in the latest Yankees vs. Rays odds from Caesars Sportsbook, while Tampa Bay is a +110 underdog. First pitch at Tropicana Field is set for 7:10 p.m. ET, and the game is one of eight on the MLB schedule for Monday evening. Other matchups include the St. Louis Cardinals visiting the Milwaukee Brewers for a battle between the NL Central co-leaders and the San Diego Padres hosting the Arizona Diamondbacks. Before making any MLB picks or parlays, be sure to check out the MLB predictions and betting advice from SportsLine's proven computer model.

The SportsLine Projection Model simulates every MLB game 10,000 times and it is off to a strong start to the 2022 season. It's on a 56-47 roll on top-rated MLB money-line picks through 11 weeks. Anyone who has followed it has seen profitable returns.

Now, the model has locked in three confident MLB best bets for Monday. They all involve games at 7:05 p.m. ET or later, so there's still time to get these MLB picks in. If you successfully parlay the picks, you'd be looking at a payout of well over 6-1. You can see the model's MLB picks for Monday only at SportsLine.'

The model, which simulated every game on Monday's schedule 10,000 times, is taking the Rays (+1.5 at -160) to cover against the Yankees at 7:10 p.m. ET (see tickets at StubHub). Tampa Bay hosted New York for a four-game set in late May and was outscored 9-2 while losing the first two contests. But the Rays bounced back to earn a split of the series by posting 3-1 and 4-2 victories.

One of the wins was earned by Shane McClanahan (7-3, 1.84 ERA), who limited the Yankees' potent offense to one run over six innings while registering seven strikeouts. The 25-year-old left-hander pitched well at Yankee Stadium in his last outing but was hurt by an error as he took the loss after giving up four runs -- but just one earned -- and three hits in six frames. McClanahan, who leads the AL and is third in the majors in ERA, has held New York's current hitters to a combined .198 batting average over his brief career.

The model also locked in two other best bets for Monday. You can see the model's MLB Monday best bets and parlay only at SportsLine.

What MLB picks should you target for a payout of well over 6-1? Visit SportsLine now to see the MLB best bets from an advanced model that is on a 56-47 roll on top-rated MLB money-line picks through 11 weeks.