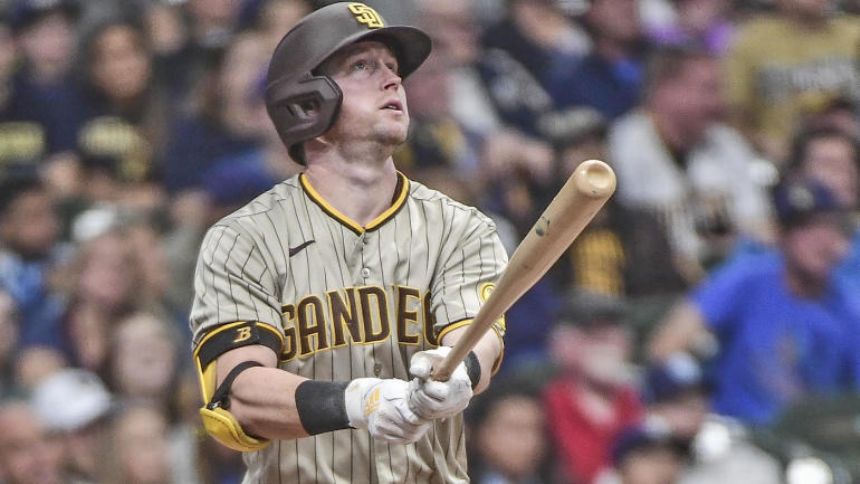 A potential World Series preview and the continuation of a fierce division rivalry highlight the 15-game MLB schedule for Tuesday. The New York Mets and Houston Astros begin the first of a brief two-game series at 8:10 p.m. ET in Houston, and the teams will play another two-game set next week in New York. Meanwhile, the New York Yankees face the AL East rival Tampa Bay Rays again after taking the first game 4-2 behind a strong performance from starter Gerrit Cole on Monday. The Astros and both New York teams are among the World Series favorites at Caesars Sportsbook, with the Los Angeles Dodgers listed as the +420 top choice, just ahead of the Yankees (+450), Astros (+700) and Mets (+750).

Caesars Sportsbook lists Houston as the -130 favorite on the money line in the latest Mets vs. Astros odds. New York is a +110 underdog, and the Over/Under for total runs scored is nine. The Yankees, who have the best record in MLB, are a -170 favorite in their matchup with Tampa Bay (+150) with an Over/Under of seven. The huge slate of games provides tons of options for you to cash in on wagers, and if you combine your favorite picks into a parlay, you can hit big. Before you lock in any MLB picks or parlays for Tuesday, be sure to check out the MLB predictions and betting advice from SportsLine's proven computer model.

The SportsLine Projection Model simulates every MLB game 10,000 times and it is off to a strong start to the 2022 season. It's on a 56-47 roll on top-rated MLB money-line picks through 11 weeks. Anyone who has followed it has seen profitable returns.

Now, the model has locked in four confident MLB best bets for Tuesday. They all involve games at 8:05 p.m. ET or later, so there's still time to get these MLB picks in. If you successfully parlay the picks, you'd be looking at a payout of more than 13-1. You can see the model's MLB picks for Tuesday only at SportsLine.'

One pick the SportsLine Projection Model is backing Tuesday is San Diego -135 on the money line in the Diamondbacks vs. Padres matchup at 9:40 p.m. ET (see tickets at StubHub). These teams have met five times this season, and the Padres have taken four of them. That includes a 4-1 win in the series opener Monday with San Diego star slugger Manny Machado out. He might miss out again Tuesday with an ankle injury, but Jake Cronenworth and Trent Grisham both homered Monday.

Cronenworth has seven homers, 18 doubles and 41 RBI, and Jurickson Profar (eight homers), Luke Voit (nine) and Grisham (six) also have some pop. Padres scheduled starter Sean Manaea threw seven brilliant innings in a 3-0 win against Arizona back in April, allowing no hits, walking one and striking out seven. Profar drove in two runs in that game. The Diamondbacks have the second-worst batting average in the league (.217), so Manaea could dominate again Tuesday.' '

What MLB picks should you target for a parlay offering a payout of more than 13-1? And which underdogs with excellent value are must-backs? Visit SportsLine now to see the MLB best bets for Tuesday from the model on a 56-47 roll on top-rated MLB money-line picks, and find out.