2022 NBA Draft: Knicks will trade up to No. 4, Chet Holmgren to have best career among five bold predictions 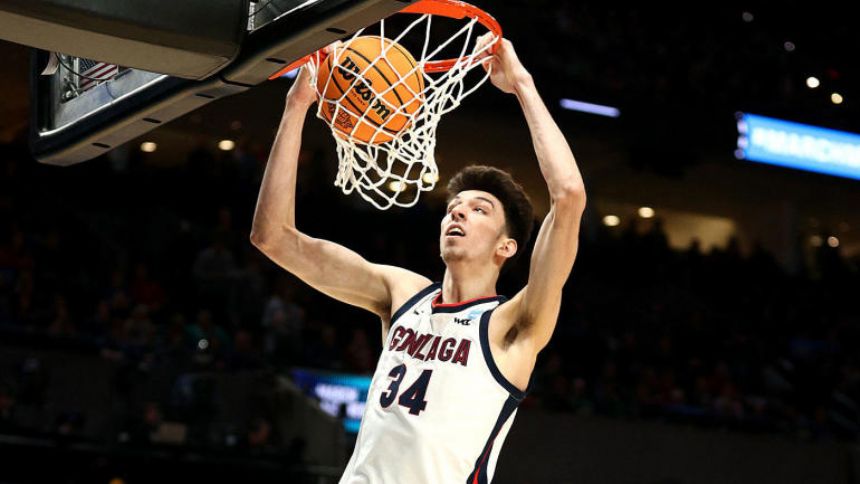 The Golden State Warriors won the NBA title a week ago, and now all eyes are on the 2022 NBA Draft set for Thursday night. The Orlando Magic own the No. 1 pick, followed by the Oklahoma City Thunder and Houston Rockets. That's for now, of course. There could be a slew of trades before night's end.'

With that in mind, let's get to my five draft predictions as we count down to the Magic being on the clock.'

There have been reports of the Knicks looking to move into the top five and Sacramento is an ideal partner. The Knicks have been in search of a franchise lead/combo guard seemingly forever, and Jaden Ivey fits the bill. Sacramento already has De'Aaron Fox and Davion Mitchell and is itching to put a playoff roster together after trading for Domantas Sabonis.'

New York can send some rotational pieces, this year's No. 11 pick and a future draft pick to move up for Ivey, who has tantalizing talent but if you listen to most evaluators, isn't such a sure bet that Sacramento needs to totally disregard the positional overlap.'

I'm not sure I'll agree with this move if it happens. I don't think New York can send Sacramento anything that will change its playoff fortunes in an absolutely loaded Western Conference next season, and the Kings should compile as much talent as possible. Ivey turning into a superstar after the Kings already passed on Luka Doncic in part for fit reasons would be an unfathomable disaster.'

Plus, I don't think Davion Mitchell is a franchise point guard. He's a nice piece. A Gary Payton II type with better scoring upside. That is a really good player, but good enough that you trade out of a pick that could've landed you Ivey? I'm not sure. But what I think will happen and what I think should happen are two different things, and I think, in the end, that New York needs to take this chance, and Sacramento is antsy enough to take the short view, especially if there's a player at No. 11 it likes.'

2. Chet Holmgren will have the best career

Holmgren isn't the betting favorite to go No. 1 overall (that distinction belongs to Jabari Smith), but the more I think about this the more I think Holmgren ends up having the best career from this 2022 class. He's legit seven feet with guard skills. His defensive impact could be generational as a monster rim-protector with what many describe as off-the-chart instincts.'

Plus, Holmgren has plenty of room to grow. At times he wasn't even an offensive focal point at Gonzaga. When he starts pulling NBA bigs out to the arc as a potential 40-percent-plus 3-point shooter and putting the ball on the floor as a playmaker in space, combined with his defensive ability, Holmgren's ceiling starts to look pretty high pretty quickly.'

3. Blazers will swap No. 7 for OG Anunoby

Portland managed to trade for Jerami Grant on Wednesday without giving up the No. 7 pick. Now Yahoo's Chris Haynes is reporting that the Blazers are trying to use that seventh pick to trade for Toronto's OG Anunoby. I'm predicting this deal goes down. It's gotten this far, and Portland will add what it needs to in order to push it over the top.'

The Blazers have to put a contender on the floor next season. Damian Lillard is going to get itchy. They traded CJ McCollum, Norman Powell and Larry Nance Jr. to arm themselves with the assets to upgrade, particularly defensively, and adding Grant and Anunoby would be a huge step in direction of contention. It's too important to get stingy at the last second. That seventh pick does nothing for the Blazers right now, and right now is all Portland needs to be thinking about.'

4. No surprises in the top three

There's no true consensus top pick in this class, but that said, most mocks have Jabari Smith going No. 1 to the Magic, followed by Chet Holmgren to the Thunder and Paolo Banchero to the Rockets. There is talk of a trade at the top, but I don't see that happening. I don't think Jaden Ivey jumps anyone into the top three. I don't think Holmgren jumps Smith as a surprise No. 1, and Banchero was a pretty sure bet to go to Houston the second Christian Wood got traded.'

Where there's this much smoke there's almost always fire. I would be shocked if Collins doesn't get traded, and being that Atlanta owns the No. 16'pick Thursday night, that's a pretty strong package. Once the Hawks make that pick, the actual player becomes less valuable in general. He won't rank the same on everyone's board. Fit/need with certain trade partners will come into play. The Hawks want to win now, and Collins alone isn't going to fetch them enough of an impact player in return to even be that much of an upgrade over Collins himself. Atlanta needs to spice that package up, and the No. 16 pick accomplishes that.'