2022 NFL Draft: Chris Carson, Nelson Agholor and other veterans who could be replaced by rookies 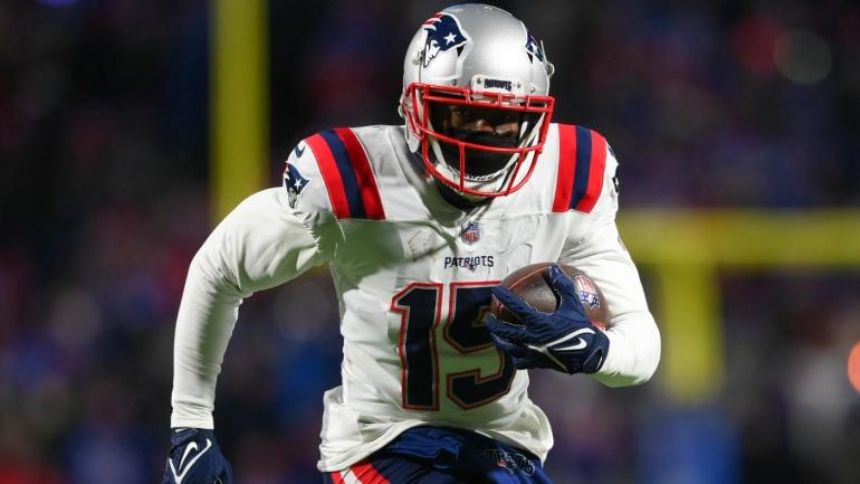 Every draft class brings a wave of rookies primed to unseat veterans, which ultimately leads to their release. Sometimes those cuts are surprising. Other times we can see them coming from a mile away. The cost of young, springy players makes it alluring for teams to utilize them as contributors over pricey, established players, even if there's some element of unknown with the first-year pros.'

Let's take a look at the veterans most likely to be on the chopping block after the draft.'

Nelson Agholor's contract is starting to stick out like a sore thumb on the Patriots' books. His 2022 cap hit is $14.8 million, and while New England likely doesn't want to absorb $10M in dead cap this season, they could afford to do it. It doesn't feel like the ideal time to remove receiving weapons from the offense for second-year quarterback Mac Jones, but the Patriots do have plenty of pass-catching bodies on the roster now.'

And what is Agholor's specialty? Speed. Thornton ran 4.26 at the combine and is a more intimidating presence at nearly 6-3. A late-summer trade actually feels more likely for Agholor.'

Ja'Wuan James did sign a two-year deal with the Ravens during the 2021 offseason but has yet to suit up for the Ravens on game day. He was on the NFI list last year and is now inching toward 30. We've barely seen James play in an NFL game at all, as he opted out of the 2020 season and only appeared in three contests in 2019 with the Broncos before landing on the IR list because of a knee injury.'

Sure, he's an established blocker. Or by now, "was" an established blocker. Baltimore constantly churns over its roster with young, mid-round talent, and Faalele is a career right tackle with Orlando Brown Jr.-esque size and even better quicks. James is due only a little over $3M this season but just $250k guaranteed remains on his deal.'

Denzelle Good only played 17 snaps for the Raiders in 2021 and will count nearly $4M toward the team's cap in 2022. Is that worth it for a swing tackle-guard? Maybe. But Las Vegas did select Parham, a ready-to-go, anchoring stalwart in Round 3 of the draft, presumably to solidify one of the guard positions ahead of this super-hyped season.'

While there's an argument that having depth up front is vital, there's no guaranteed money left on Good's deal, so a release in the summer would leave behind no dead cap.

If Zack Moss is cut this summer, the financials will not have played a major role in it. Suddenly, though, Buffalo's backfield is crowded. The Bills signed veteran Duke Johnson this offseason and picked speedy, versatile weapon James Cook in the second round of the draft. Devin Singletary enters camp as the penciled-in starter after a strong 2021 campaign.

Moss does provide the battering-ram style no one else does on the roster, but he's simply not the dynamic athlete this team may want out of its backfield at the outset of Ken Dorsey's tenure as Buffalo's offensive coordinator.'

The Seahawks adore running backs like Pete Carroll adores chewing gum while strutting down the sidelines on game day. They finally -- and I mean FINALLY -- got quality production from former first-round pick Rashaad Penny at the tail end of the 2021 campaign, and they picked the highly touted Walker in the second round.'

Those two occurrences do not bode well for Chris Carson, the vintage Seahawks, brick-wall of a back who simply happens to crumble far too often. After back-to-back 1,000-yard seasons, he's missed 17 games over the past two campaigns. If you're a Carson truther, there's hope, as the Seahawks would be the team to hang onto three runners who presumably could all handle feature-back roles. But the money may just not make sense anymore for the soon-to-be 28-year-old ball carrier.'