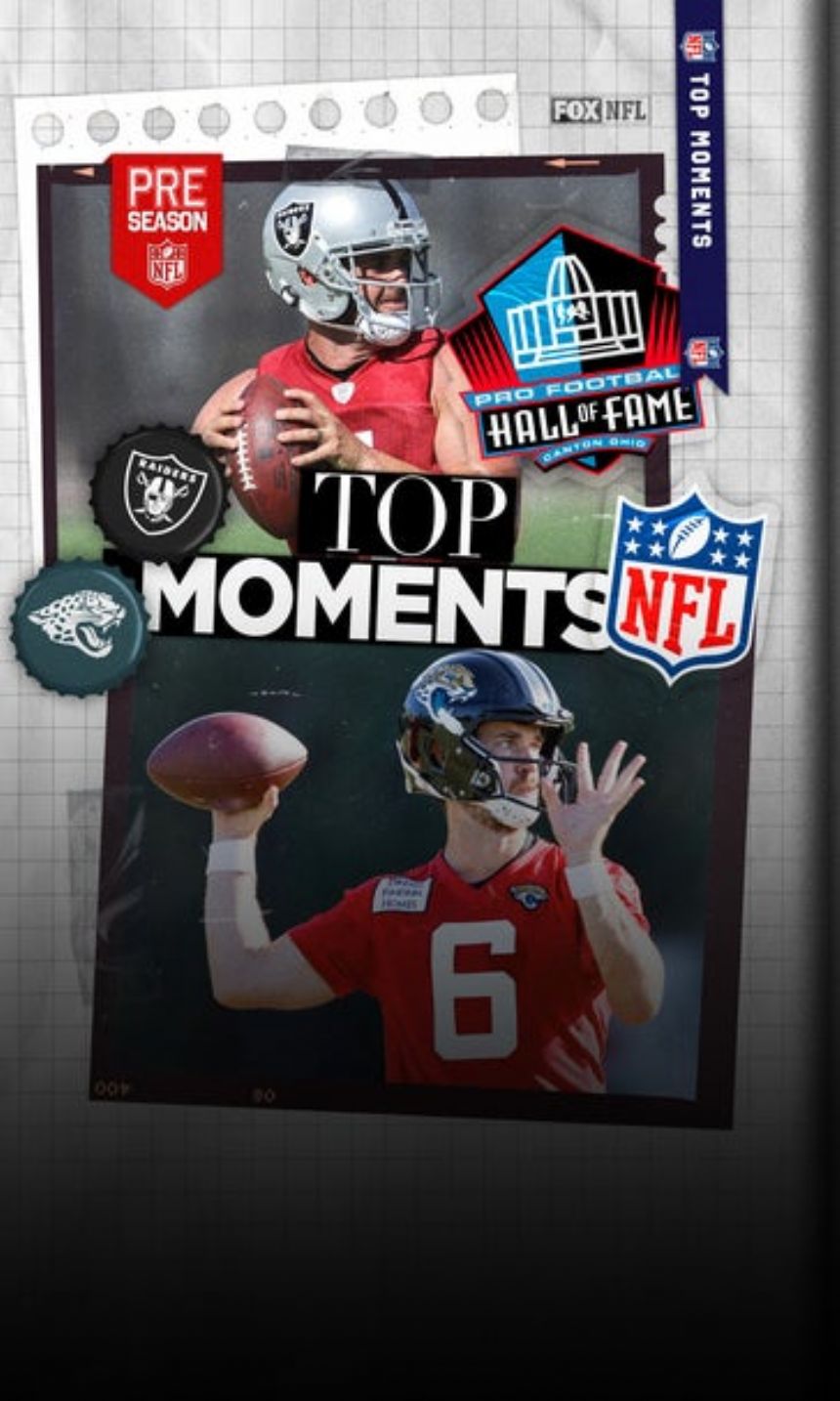 The NFL is back! The Las Vegas Raiders and the Jacksonville Jaguars took the field Thursday for the 2022 Hall of Fame Game in Canton, Ohio.

The annual exhibition played at Tom Benson Hall of Fame Stadium marks the beginning of the preseason slate. This year's game features a head coaching debut on both sides - Josh McDaniels for Las Vegas and Doug Pederson for Jacksonville.

This is the Raiders' fourth time competing in the Pro Football Hall of Fame Game, though it's the first since the team relocated to Las Vegas, while it's Jacksonville's second appearance all time.

Here are the top moments from Thursday's game.

After a short weather delay, things got underway in Canton.

The Raiders were first on the board with a field goal on their opening drive, while running back Josh Jacobs helped get his team downfield on the ensuing possession. Jacobs, a former first-round pick entering his fourth season, was a surprise participant amid several other established starters sitting this one out.

Edge rusher Travon Walker - the first overall pick in this year's draft by Jacksonville - came up with a huge sack on Raiders backup QB Jarrett Stidham. Las Vegas settled for a field goal on the drive, taking a 6-0 lead.