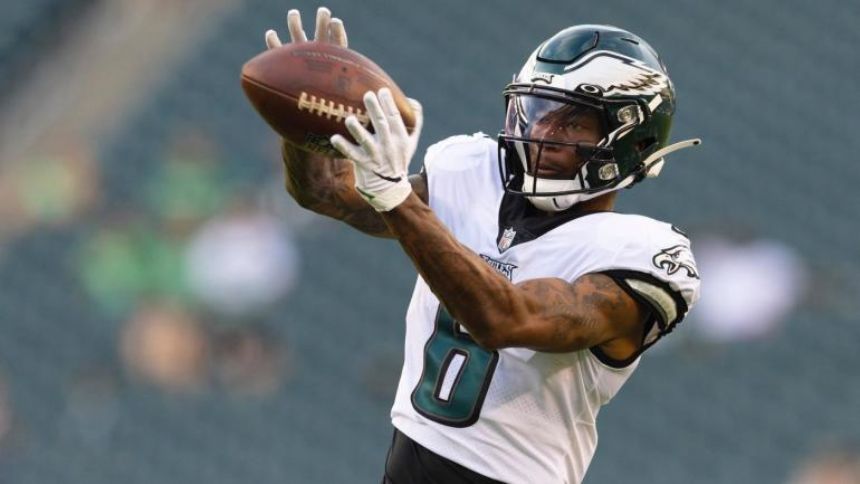 The Philadelphia Eagles will try to spring the upset when they meet the defending Super Bowl champion Tampa Bay Buccaneers on Sunday in an NFC Wild Card matchup. The Eagles (9-8), who closed out the regular season with four wins in the final five weeks, gave the Buccaneers all they could handle in a Week 6 matchup. Tampa Bay built a 28-7 lead in the third quarter before Philadelphia rallied with two late scores to fall, 28-22. The Buccaneers (13-4), who won seven of their last eight games, registered just the ninth double-digit win total in team history.

Kickoff from Raymond James Stadium in Tampa, Fla., is set for 1 p.m. ET. Tampa Bay is a 7.5-point favorite in the latest Eagles vs. Buccaneers odds from Caesars Sportsbook, while the over-under for total points scored is 46.5. Before you make any Eagles vs. Buccaneers picks or 2022 NFL playoff predictions, make sure you check out what SportsLine's resident Eagles expert, Emory Hunt, has to say.

Hunt is the founder and CEO of Football Gameplan, which has been supplying analysis of all levels of football since 2007, and a former running back at Louisiana-Lafayette. He knows the game from a player's perspective.

Hunt has had plenty of success in games involving the Philadelphia Eagles. He went 35-19-1 in his last 55 against-the-spread picks on Philadelphia games, returning $1,391 to $100 players. Anyone who has followed him is way up.

Tampa Bay has one of the most prolific offenses in the league, led by future Hall of Famer Tom Brady. Brady led the Bucs' passing attack by completing 485 of 719 attempts (67.5 percent) for 5,316 yards and 43 touchdowns. He threw just 12 picks and had a rating of 102.1. He also rushed for a pair of scores and converted nine first downs on the ground.

The Buccaneers will be without top receiver Chris Godwin, who landed on injured reserve after tearing his ACL against New Orleans on Dec. 19. Looking to pick up the slack will be wide receiver Mike Evans, who was second on the team in receiving. He caught 74 passes for 1,035 yards (14.0 average) and 14 touchdowns. He had 20 explosive plays of 20 yards or more and 56 first-down conversions.

Quarterback Jalen Hurts led all quarterbacks in rushing yards with 784 and rushing TDs with 10 in 2021. He has five career games with two or more rushing touchdowns, the most by a quarterback in his first two seasons in the Super Bowl era. In the Week 6 meeting against the Bucs, he totaled three touchdowns, including two rushing. He has 30 or more rushing yards in his last 10 road starts.

Hunt has analyzed this matchup from every angle, and while we can tell you he's leaning under on the point total, he has also discovered a crucial x-factor that makes one side of the spread a must-back. He's only sharing what it is and which side of the Buccaneers vs. Eagles spread to back at SportsLine.