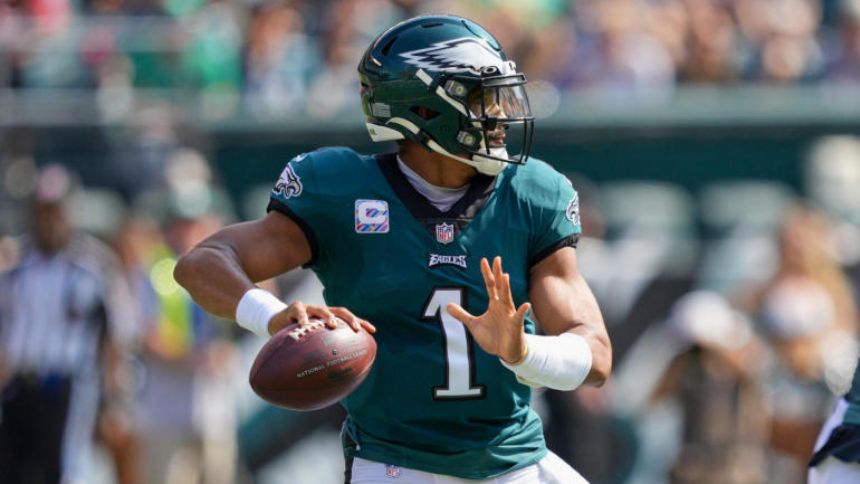 The Tampa Bay Buccaneers will begin defense of their Super Bowl championship when they face the Philadelphia Eagles in an NFC Wild Card matchup on Sunday. The Eagles (9-8), who were second in the NFC East, are making their fourth NFL playoff appearance in the past five seasons. Philadelphia won Super Bowl LII in 2017, defeating the New England Patriots. The Buccaneers (13-4), champions of the NFC South, are making their second consecutive postseason appearance. Tampa Bay defeated Kansas City to win last year's Super Bowl LV. The all-time series is tied 10-10, including 2-2 in the postseason.

Kickoff from Raymond James Stadium in Tampa, Fla., is set for 1 p.m. ET. Tampa Bay is an 8.5-point favorite in the latest Eagles vs. Buccaneers odds from Caesars Sportsbook, while the over-under for total points scored is 45.5. Before you make any Eagles vs. Buccaneers picks or 2022 NFL playoff predictions, make sure you check out what SportsLine's resident Eagles expert, Emory Hunt, has to say.

Hunt is the founder and CEO of Football Gameplan, which has been supplying analysis of all levels of football since 2007, and a former running back at Louisiana-Lafayette. He knows the game from a player's perspective.

Hunt has had plenty of success in games involving the Philadelphia Eagles. He went 35-19-1 in his last 55 against-the-spread picks on Philadelphia games, returning $1,391 to $100 players. Anyone who has followed him is way up.

Tampa Bay is looking to become the eighth team overall and first team since the 2004 New England Patriots to repeat as Super Bowl champions. Quarterback Tom Brady, who was a part of that Patriots team, led the NFL in passing yards with a career-high 5,316 and in touchdown passes with 43. Brady's total was the third-most passing yards in a single season all-time, and he had 485 completions, most-ever in a single season. Brady became the third quarterback since 1991 to lead the NFL in attempts, completions, passing yards and passing touchdowns.

Despite that, Tampa Bay is not a lock to cover the Eagles vs. Buccaneers spread. That's because Philadelphia can run the football extremely well. The Eagles had five players rush for 290 yards or more and totaled 2,715 yards rushing on the season, tops in the league. Quarterback Jalen Hurts led the team in rushing with 784 yards on 139 attempts (5.6 average) and scored 10 rushing touchdowns. He had seven explosive runs of 20 yards or more.

Running back Miles Sanders was second on the team with 754 yards rushing on 137 carries (5.5 average) and also registered seven runs of 20 yards or more. He converted 33 first downs. Although Sanders is questionable with a hand injury, coach Nick Sirianni said on Monday he was hopeful Sanders will be available. Sanders has played in 12 games this season and has rushed for 100 or more yards twice, including an 18-carry, 131-yard effort against Washington on Dec. 21.

Hunt has analyzed this matchup from every angle, and while we can tell you he's leaning under on the point total, he has also discovered a crucial x-factor that makes one side of the spread a must-back. He's only sharing what it is and which side of the Buccaneers vs. Eagles spread to back at SportsLine.