2022 NFL schedule release: Packers entire home schedule appears to have leaked out along with Christmas games 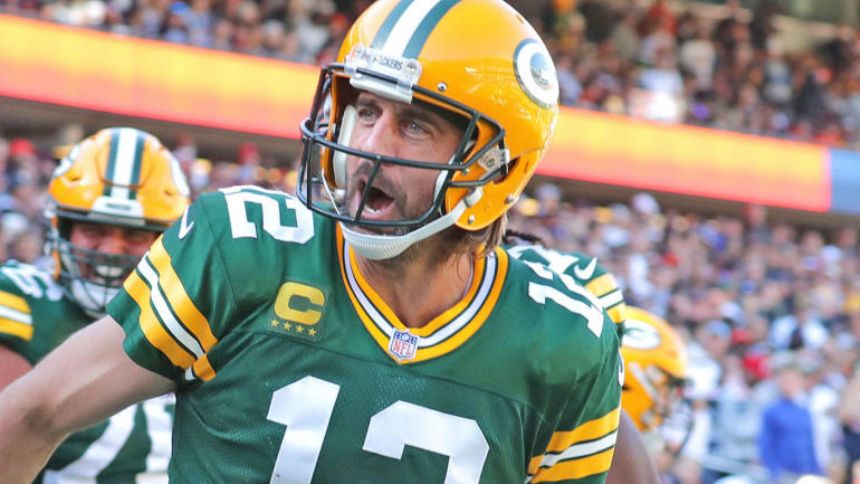 The 2022 NFL schedule won't be released until 8 p.m. ET on Thursday, but Packers fans might not have to wait until then to see Green Bay's schedule and that's because more than half of it appears to have already leaked out.'

There are always some schedule leaks on Thursday, but the Packers couldn't even wait that long as these came out on Wednesday night.'

Of the 17 games that the Packers will be playing this year, it seems that 10 of them have already been leaked out thanks to the Athletic and Sports Illustrated. Not only did the Packers entire home schedule leak out, but one big road game has also been leaked: A Christmas showdown against the Dolphins.'

Here's a look at the games on the Packers schedule that have leaked out (via the Athletic):'

Two of those games -- Week 5 against the Giants and Week 10 against the Cowboys -- have already been announced by the NFL, so we know those are correct. Of the other eight games, there are two extremely fascinating nuggets if all of these leaks are in fact correct.'

For one, it appears that the Packers have decided NOT to take a bye following their trip to London. Most teams prefer to have their bye after traveling to England, but teams can request to have it at some other point in the season, which is what the Packers apparently have decided to do here.'

The other notable part of their schedule is the fact that the Packers are scheduled to play on Christmas for the second year in a row. Last season, the Packers beat the Browns 24-22 in a game that drew 28.6 million viewers, which made it'the third-most watched regular-season game'of 2021.'

This year, the NFL will be holding a Christmas tripleheader for the first time ever. We know for sure that the Broncos will be playing the Rams in the 4:30 p.m. ET game because AP announced it this week. The Packers would be playing in the early game with a kickoff time of 1 p.m. ET.'

The primetime game might have also leaked with the Buccaneers playing the Cardinals in Arizona. If those two leaks are correct, that means Tom Brady, Russell Wilson, Aaron Rodgers, Kyler Murray and the reigning Super Bowl champion Rams will all be playing on Christmas.'

That being said, keep in mind that nothing is official until the NFL or the team announces it.'

We're keeping track of all the games that have leaked out so far and you can . '