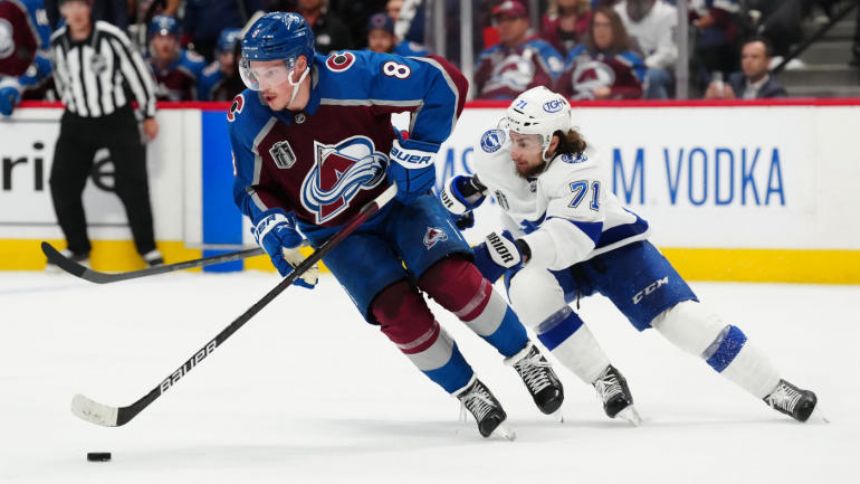 The Colorado Avalanche are looking for a little less drama Saturday night when they host the Tampa Bay Lightning in Game 2 of the 2022 Stanley Cup Final. The Avalanche had a 3-1 lead after one period in the opener Wednesday night at Ball Arena in Denver, but Tampa Bay rallied to force overtime. Andre Burakovsky made it a quick one with his goal just 1:23 into the final period, but Colorado will try not to put its fans on edge this time. It still faces a tall task against a Lightning team that has won the past two NHL titles. Colorado is in the Final for the first time in 21 years, but it has won both appearances, beating the Panthers in 1995-96 and the Devils in 2000-01.

The opening faceoff is set for 8 p.m. ET. Caesars Sportsbook lists Colorado as the -150 favorite (risk $150 to win $100) on the money line in the latest Avalanche vs. Lightning odds. Tampa Bay is a +130 underdog, and the over-under for total goals scored is set at six. Before making any Lightning vs. Avalanche picks, check out the NHL predictions from the SportsLine Projection Model.

The model simulates each NHL game 10,000 times. It enters the 2022 Stanley Cup Final on a 23-18 run on its top-rated NHL side picks. Anybody who has followed it has seen profitable returns.

Now, the model has its sights on Avs vs. Lightning. You can visit SportsLine now to see the picks. Here are the NHL odds and betting trends for Lightning vs. Avs:'

Colorado is 38-6-5 at home this season, while the Lightning are 29-19-3 on the road, and the favorite is 16-5 in the past 21 meetings. The Avalanche were buzzing early in Game 1, with fresh legs and some cooped-up energy after they swept the Oilers in the West finals. They scored 22 goals in those four games and have 69 in the 15 playoff games. MacKinnon and defenseman Cale Makar are superstars, but Colorado has plenty of talented complementary pieces. Makar leads the team with 22 points and 17 assists in the playoffs.

MacKinnon has 11 goals, five on the power play, and 19 points. Gabriel Landeskog and Mikko Rantanen also have 19 points. Landeskog scored Wednesday night, along with Artturi Lehkonen and Valeri Nichushkin, who are also among the seven players with at least 10 postseason points. The Avalanche are 10-1 in their last 11 games on two days' rest, and the Lightning are still recovering from a six-game series with the Rangers. Colorado outshot Tampa Bay 38-23 in Game 1, and the Lightning had four takeaways while the Avalanche had 17.

Tampa Bay is 5-2 in the past seven meetings between the teams in Colorado, and it plays its best when its back is against the wall. It rallied to win four straight after going down 2-0 in the Eastern Conference Final against the Rangers. Goaltender Andrei Vasilevskiy's streak of 17 straight wins following a playoff loss was snapped in Game 2 of that series. He has a 92.6 save percentage and 2.36 goals-against average in the postseason and has allowed one goal or fewer in eight of the 18 games. Colorado has allowed at least two goals in 13 of its 15 games.

Vasilevskiy gets strong protection from annual Norris Trophy finalist Victor Hedman and rising young star Mikhail Sergachev. The 6-foot-6 Hedman, who won the award in 2018, causes all sorts of trouble for forwards with his reach, and he and Sergachev have combined to block 62 shots in the playoffs. The Lightning have been selling out to stop shots throughout the postseason, blocking 298, led by Ryan McDonough with 54. Steven Stamkos and Ondrej Palat have each scored nine goals, and Nikita Kucherov has 17 assists and a team-high 24 points.

SportsLine's model is leaning over on the total, as the simulations have the teams combining for 7.1 goals. It also says one side of the money line has all the value. You can only get the pick at SportsLine.