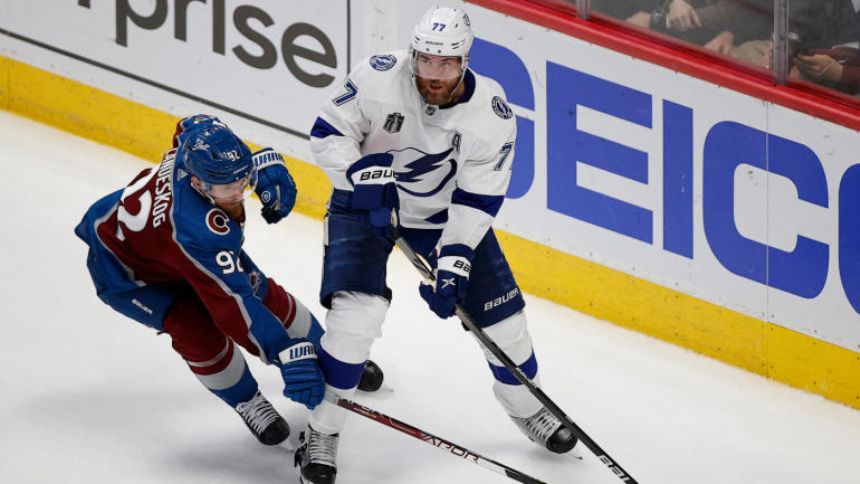 The Colorado Avalanche have the opportunity to hoist the Stanley Cup on Friday evening. The Avalanche lead the Tampa Bay Lightning by a 3-1 margin in the 2022 Stanley Cup Final, with Game 5 set in Denver. Colorado won Game 4 in overtime on the road, giving the Avs the chance to clinch the title at home. Tampa Bay must now pull off a road upset to stay alive in pursuit of a third consecutive championship.

The opening faceoff is at 8 p.m. ET in Denver. Colorado is a -175 favorite (risk $175 to win $100) on the money line in the latest Lightning vs. Avalanche odds from Caesars Sportsbook. Tampa Bay is a +150 underdog, and the over-under for total goals scored is six. Before making any Avalanche vs. Lightning picks, check out the NHL predictions from the SportsLine Projection Model.

The model simulates each NHL game 10,000 times. It enters the second week of the 2022 Stanley Cup Final on a 23-18 run on its top-rated NHL side picks. Anybody who has followed it has seen profitable returns.

Now, the model has its sights on Avs vs. Lightning. You can visit SportsLine now to see the picks. Here are the NHL odds and betting trends for Lightning vs. Avs:'

Colorado is flying high and coming home to a raucous environment. The Avalanche are 15-3 in the playoffs, dominating the competition at every level. That includes eight wins in the last nine games, and Colorado has been lights-out at Ball Arena this season. The Avalanche were 32-5-4 in regular season games at home, and Colorado is also riding the momentum following a memorable Game 4 win.'

Nazem Kadri contributed the game-winner on Wednesday in his first action since suffering a broken thumb during a sweep victory in the Western Conference Finals. That overtime win swung things even more in Colorado's direction, with 3-1 leads holding up historically well in the NHL. Squads leading 3-1 in Stanley Cup Playoff series have 298 wins in 329 series, including a 35-1 record in the Stanley Cup Final under those conditions. It is even more favorable to teams hosting Game 5 and a potential Game 7, with the Avalanche living to their talents behind a strong roster.'

Tampa Bay's defense has improved as the series continues. The Lightning have allowed only two regulation goals in each of the last two games, and Tampa Bay shouldn't be flummoxed by what should be a raucous atmosphere in Denver. The Lightning already came back from a 3-2 series deficit earlier in the 2022 Stanley Cup Playoffs, and resilience is a crowning trait of the two-time reigning champions.'

The Lightning allowed only 2.78 goals per game in the regular season, No. 6 in the NHL, and reigning Conn Smythe winner Andrei Vasilevskiy is an X-factor. The four-time All-Star goalie is allowing only 2.57 goals per game in the playoffs with a .920 save percentage. Vasilevskiy also has 71 saves in the last two games combined. With that resistance on the backend and a deep, talented offense with real star power, Tampa Bay is difficult for any team to finish off in a seven-game series.

SportsLine's model is leaning over on the total, as the simulations have the teams combining for 7.2 goals. It also says one side of the money line has all the value. You can only get the pick at SportsLine.