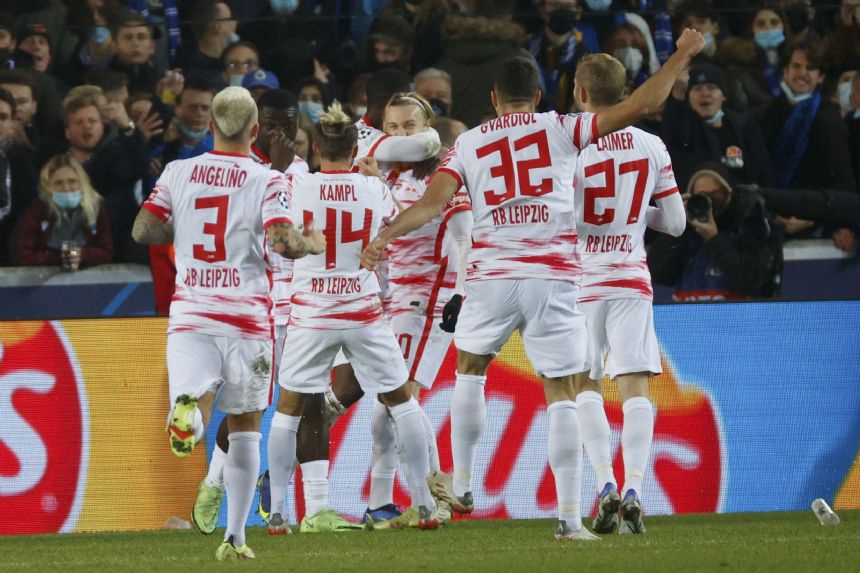 Defender Willi Orban, forwards Yussuf Poulsen and Hugo Novoa, and goalkeeping coach Frederik Goßling all tested positive for COVID-19 after returning from Belgium, while defender Mohamed Simakan and a member of the backroom staff were infected despite not traveling, Leipzig said.

Leipzig coach Jesse Marsch, goalkeeper Peter Gulacsi and another member of the coaching staff tested positive at the beginning of the week. Leipzig said they remain in quarantine.

The club carried out tests on 61 staff members on Thursday. It said it remains in regular contact with the local health authority and will continue to carry out tests on a regular basis.

Leipzig is based in the east German state of Saxony, which is on the front line of the latest wave of infections hitting the country. Infection rates are the highest and vaccination rates the lowest in Saxony compared to other regions. Local authorities have responded by banning crowds from sports events in the state.

Leipzig's game against Bayer Leverkusen on Sunday will be the Bundesliga's first without fans in months. Leipzig's Champions League game against Manchester City next month will also be affected.

Leipzig previously said all of its players and staff members were either fully vaccinated or have recently recovered from COVID-19.