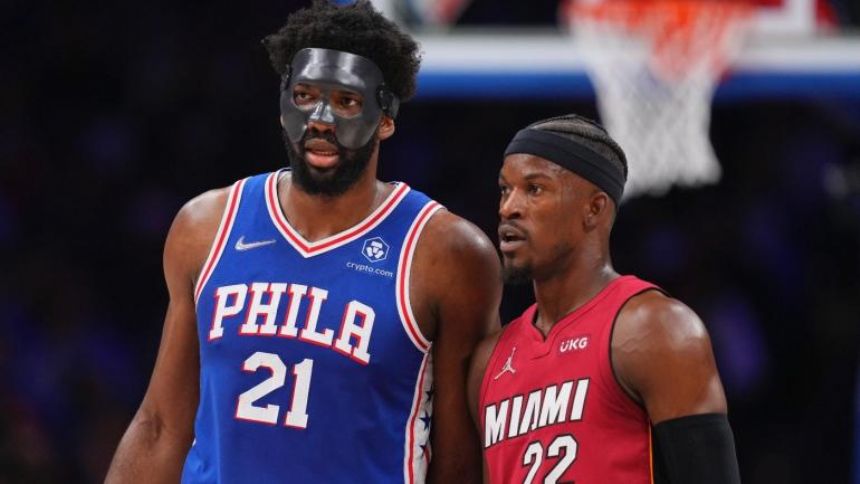 A key Game 5 matchup between the Miami Heat and the Philadelphia 76ers in the 2022 NBA playoffs is on the slate for Tuesday evening. Miami and Philadelphia are tied at 2-2, with the series moving back to Miami. Both teams are 2-0 at home in the series, with the 76ers winning Game 3 and Game 4 to even the matchup.'

Tip-off is at 7:30 p.m. ET in Miami. Caesars Sportsbook lists the Heat as three-point home favorites, while the over-under, or total number of points Vegas thinks will be scored, is 209.5 in the latest 76ers vs. Heat odds. Before you make any Heat vs. 76ers picks, you need to see the NBA predictions and betting advice from SportsLine's advanced computer model.

Now, the model has set its sights on 76ers vs. Heat and just locked in its picks and NBA playoff predictions. You can head to SportsLine now to see the model's picks. Here are several NBA odds and betting lines for 76ers vs. Heat:

Why the 76ers can cover

Philadelphia's offense is flying high in the postseason. The 76ers are scoring 115.5 points per 100 possessions, a figure that would have ranked in the top three of the league during the regular season. Philadelphia is shooting 48.2 percent from the field and 38.7 percent from 3-point range in the playoffs, both of which are tremendous marks. The 76ers are also excellent at using the free throw line to their advantage, both in the regular season and through the playoffs. In 2021-22, Philadelphia ranked in the top three of the NBA in free throw attempts (23.8 per game) and free throw accuracy (82.1 percent). In the playoffs, those numbers have jumped to 25.0 attempts per game and an accuracy mark of 84.4 percent.'

The 76ers have three proven scoring options in Joel Embiid, James Harden, and Tyrese Maxey, with Maxey experiencing a playoff breakout in averaging 22.0 points per game on 51 percent shooting. Defensively, Philadelphia is also limiting opponents to less than 1.1 points per possession in the playoffs, and the Heat are shooting only 44.1 percent from the field and 28.5 percent from 3-point range in the series.

Why the Heat can cover

The Heat are extremely stingy on defense. Miami allowed 108.4 points per 100 possessions during the regular season, ranking No. 4 in the NBA, and that excellence has continued in the playoffs. The Heat are allowing 106.5 points per 100 possessions in the postseason, No. 2 in the NBA playoffs, and Miami is dominating the defensive glass. In the playoffs, the Heat are securing 76.7 percent of available defensive rebounds, and that increases to 78.4 percent in the series against Philadelphia. The Heat are also holding opponents to 33.8 percent from 3-point range and only 19.4 assists per game.

On the other end, the Heat are also stout, leading the NBA in 3-point accuracy during the regular season and scoring at an above-average rate overall. Miami's rebounding prowess has continued on offense, grabbing 30.6 percent of missed shots in the playoffs, and Jimmy Butler has been one of the big stars of the playoffs, averaging 29.0 points, 7.3 rebounds, and 5.5 assists per game.

How to make 76ers vs. Heat picks

SportsLine's model is leaning over on the total, projecting 215 combined points. The model also says one side of the spread has all the value.You can only see the model's pick at SportsLine.