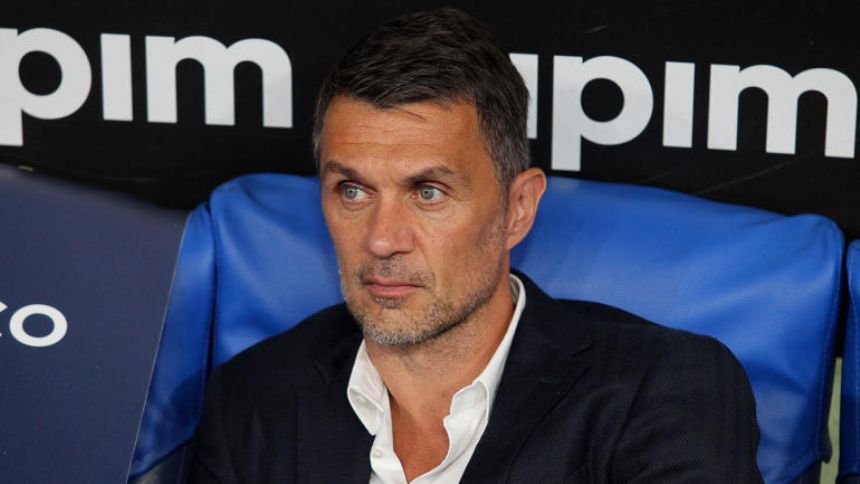 Being the most popular player in the history of a club you spent your whole life at is a big responsibility. Many legends know this, and Paolo Maldini knew it more than any of them. When the AC Milan defender retired from soccer in 2009 Carlo Ancelotti asked him to work with him at Chelsea. He refused. Through the years he was asked many times, both officially and unofficially to come back to Milan, he never said yes, until a fateful moment in 2018.'

Paolo Maldini wasn't done making history at AC Milan, he just needed to wait the right moment. That moment came when Leonardo, another former Milan player (and manager) returned to become AC Milan's sporting director. Leonardo convinced him to become the head of strategic development of sports at the club. His first season was a learning experience. He worked in the shadows. As he said in Paolo Guido's biography of him, "1041," that he "felt unfit to accompany Leonardo for the first six months. I knew so many things, I already had so many ideas. But on a practical level I had to learn a new job. I think I really started giving my input when Leo told me he was leaving. There I said to myself 'what the f--- is going on now?'.'

"I didn't feel safe having to negotiate with agents and clubs. Then I started having to do it myself and it became the most natural thing in the world. I figured out what to say and what not to say. How to change register based on the interlocutor, those with whom you need to speak clearly and those with whom you need to use more diplomacy. If you have always been in this world and you use common sense these things are very easy. And it's nice to do them."

There's a lot to unpack about Maldini in that quote. You can see how the calmness he brought to the pitch is also reflected in the boardroom, where he became an executive who thinks and works on his ideas, without feeling the pressure from the outside. Maldini was part of probably the most winning cycle in the history of Italian soccer as a player and now wants to replicate that successful model. Since 2019 he's been the technical director of the club, working closely with the CEO Ivan Gazidis and especially with Frederic Massara (sporting director) and Geoffrey Moncada (head of scouting).

Working together, this group has created a new cycle of success, returning the team to the top after some difficult years. What Maldini has done as technical director since he started his new role at the club needs to be underlined. He believed in Stefano Pioli from the first moment, protected him and supported him even while Gazidis was working to appoint Ralf Rangnick. The possible arrival of the German manager could've also marked the end of Maldini's comeback. However, things sometimes don't go as expected. In the summer 2020 after the first Covid outbreak, the Rossoneri performed really well on the pitch and results started to arrive. Gazidis was also smart to understand that Pioli was the right man and changed his mind, leaving Pioli and the current structure in place. That was a key moment in building to this Scudetto win.'

Then came the signings.'

The most important one was almost certainly Zlatan Ibrahimovic, not only for his impact on the pitch, but as importantly because of Zlatan's impact in the dressing room. Ibrahimovic came back to AC Milan with the same winning mentality he's had throughout his career. The current AC Milan's roster mainly consists of young players but Ibrahimovic was the right man in the right place at the right time. They needed a leader, someone that could drive them in a challenging league and club. Ibrahimovic was a sort of assurance that AC Milan was coming back. They just needed some more time to work together.'

One of Maldini's first signings was in the summer 2019, when he personally convinced Theo Hernandez to join the club. Maldini flew to Ibiza where the former Real Madrid full-back was on vacation and after some talks it took only a few days for the club to announced Hernandez. Today he's considered one of the best players in the league, but back then he was a different story. Maldini and the club knew the potential of the player and believed he could become what he is today.'

The Rossoneri are also very careful when it comes to contract renewals. Last year the club decided to let go key players such as Gigio Donnarumma and Hakan Calhanoglu, opting to sign other players to replace them rather than throwing more money at them than they thought they were worth. There weren't easy decisions, especially letting goalkeeper Donnarumma go, considering he is also the starter on the Italian national team and came through the the youth ranks at the club. However, Maldini's philosophy is clear, no player is more important than AC Milan. And who better to deliver that message than Maldini.

The club couldn't reach an agreement with Donnarumma, so the day after the end of the season they decided to sign former Lille player Mike Maignan. Many were kind of surprised by this choice, but at the end of the day it was the right one. Maignan showed his skills and won the award for best goalkeeper of the current Serie A season.'

There are many players that have to be mentioned here, not ot only the likes of Rafael Leao or Olivier Giroud, but also the signing of Sandro Tonali. The Italian midfielder arrived in the summer 2020 from Brescia and underperformed in his first season at AC Milan. He was on loan with an option to buy, and, despite his struggles, the club worked to sign him permanently and believed in him. He stayed, lowering his salary and this year was again one of the best midfielders of the league.'

Now the same pattern will happen with midfielder Franck Kessie, who will leave the club after winning the Scudetto and go play for Barcelona. Others might change their plan, agree to pay more for Kessie to keep a championship side together. Maldini doesn't. It is clear in his mind what he wants to do and he's already working to sign his replacement. And speaking of new signings, next week current Liverpool striker Divock Origi will undergo medicals with Milan. He will be the first signing for the next season as a free transfer.'

There is not much time to celebrate. Maldini's mission has just started. The Serie A title is only the first trophy, Milan's ambition is to try to win every year like they did when Maldini was the best defender in the world. Players will come, others will leave, but "no one will be bigger than the club." This is what Maldini wants, and if this is what the most important player in the club's history says, you have to believe him.'