Alvin Kamara injury update: Saints star ruled out for Week 2 vs. Buccaneers due to rib issue 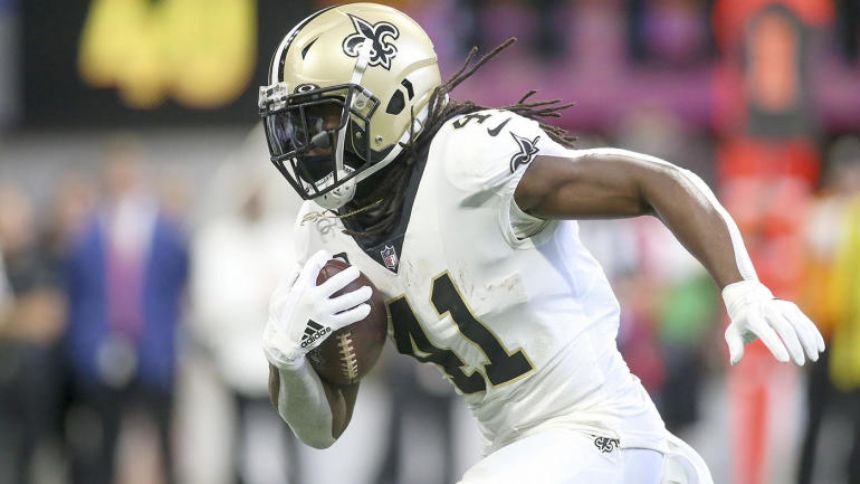 The New Orleans Saints will not have star running back Alvin Kamara when they face off against the Tampa Bay Buccaneers in Week 2 as the club officially ruled him inactive. The 27-year-old is dealing with a rib injury, which limited him in practice on Wednesday and forced him out of Thursday and Friday's sessions. He was initially listed as questionable for this NFC South matchup. Specifically, the NFL Network notes that Kamara is dealing with a rib cartilage issue.'

With Kamara inactive for Sunday's matchup, veteran Mark Ingram will be slated for extra work. Despite also being listed as questionable for this matchup, Ingram is going to play after he was limited throughout the week with an ankle injury. Kamara played 62% of New Orleans' offensive snaps in the Week 1 opener and tallied 39 rushing yards on nine attempts while catching three of his four targets for just seven yards. Meanwhile, Ingram rushed for 22 yards on four carries.'

New Orleans is looking to continue its hot streak against the Buccaneers. Since Tom Brady arrived in Tampa, the Saints have gone a perfect 4-0 in their four regular-season matchups while outscoring the Bucs 117-53. Of course, not having a dynamic weapon like Kamara in the fold for this matchup could further the Bucs' chances of breaking the streak in New Orleans in Week 2.'

The Saints and Buccaneers will kick off their head-to-head at Caesars Superdome at 1 p.m. ET.'

Losing Alvin Kamara is a nightmare scenario that's happening way too early in the season. Mark Ingram is a solid replacement as the Saints running backs have collectively posted good numbers in three of their past four meetings. The hunch is that Ingram will lead the way for New Orleans and may even have the game script on his side. You can worry about his age or his effectiveness, but the biggest challenge Ingram will have is keeping Taysom Hill from stealing touches like he did from Ingram AND Kamara last week. That keeps Ingram as a top-30 Fantasy option, but not a must-start. I'd rather start Cordarrelle Patterson and even Melvin Gordon. -- AP Sports Fantasy analyst Dave Richard