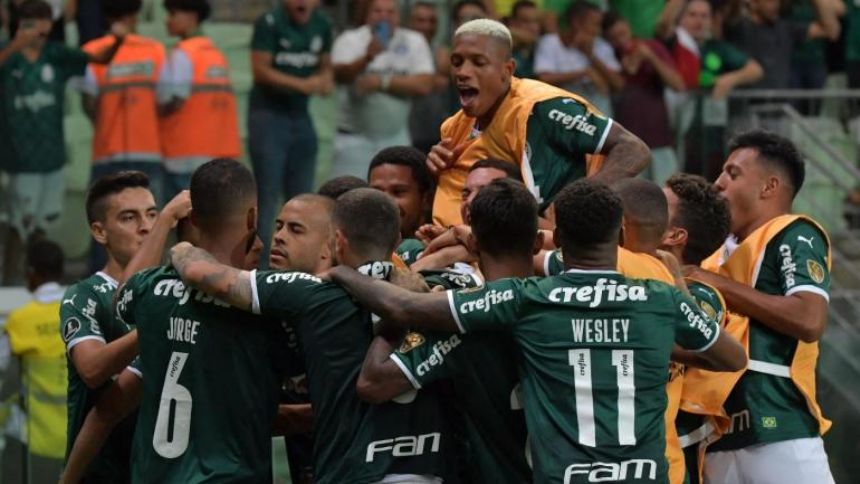 Polar opposites will face off in Brazilian Serie A as America-MG hosts league-leading SE Palmeiras on Thursday on Paramount+. Palmeiras sits at the top of the Brazilian Serie A table with the most wins in the league despite running into scoring trouble during the busy part of the schedule. The home team, on the other hand, currently sits in the relegation zone with just three wins on the season and has been shut out in six of its last seven domestic matches. Can America-MG snap its scoreless slump, or will mighty Palmeiras put another tally in the win column? You can see what happens when you'stream all the action here on Paramount+.

Kickoff from from Estadio Raimundo Sampaio in Belo Horizonte, MG, Brazil is set for 7 p.m. ET on Thursday. The latest America-MG vs. Palmeiras odds from Caesars Sportsbook list Palmeiras as the -125 favorite (risk $125 to win $100) on the 90-minute money line. America-MG is the +300 underdog, while a draw is priced at +240. Thursday's match will be streamed live on Paramount+ here with their must-have Premium plan.

Paramount+ is the only place to stream every minute of every match in Serie A. You can quickly and easily sign up for your very own account right now and receive a 7-day free trial. Just click on the "try it free" button for instant access to the best men's soccer -- UEFA Champions League, UEFA Europa League, UEFA Conference League and more -- across all your devices. Start streaming here.

Before you tune in to Thursday's match, you need to see the Brazilian Serie A picks from soccer insider Jon Eimer. He is a high-volume bettor who has vast knowledge of leagues and players across the globe. Since joining SportsLine, Eimer has covered the English Premier League, Serie A, the FA Cup and much more. The Indiana-based handicapper compiled a winning record of 260-133-1 with over 90 units of profit for his community on various platforms over a recent two-month stretch.

For America-MG vs. Palmeiras, Eimer is picking SE Palmeiras on the money line for a -115 payout. The expert notes that Abel Ferreira's men have looked sluggish as of late with Libertadores and Copa do Brasil tournament games to play on top of league games, which is likely why they haven't been scoring as many goals. Despite not scoring as much, Palmeiras is still winning games and shouldn't have a problem doing so on Thursday.

America-MG has also struggled to score, but on a much larger scale and without the winning results. The home team has only scored one goal in league play since a 2-1 win against Cuiaba on June 4, which is why the expert is also not picking both teams to score.

"I don't expect this to be an incredible blowout, but a 2-0 score line feels like a real possibility to me," Eimer told SportsLine.'Stream the match now here.

Now that you know what to pick, get ready to watch Brazilian Serie A.'Visit Paramount+ now to see Brazilian Serie A, your live local AP sporting events, some of the world's top soccer matchups and much more.'