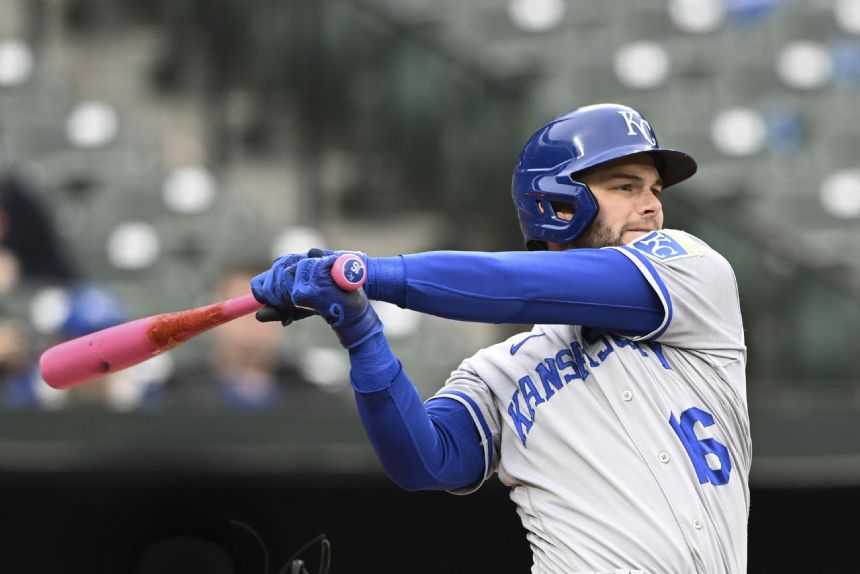 ARLINGTON, Texas (AP) - Outfielder Andrew Benintendi went to arbitration with the Kansas City Royals on Thursday, asking for $8.5 million instead of the team's $7.3 million offer.

A decision by the panel of Mark Burstein, Keith Greenberg and Steven Wolf is expected Friday, along with a decision in the case of Seattle second baseman Adam Frazier, which was heard by a different panel on May 2 in the first of this year's lockout-delayed hearings.

Benintendi declined comment on the hearing before Thursday's game at Texas.

He hit .276 with 17 homers and 73 RBIs last year, earning a Gold Glove in his first season with the Royals. He was acquired from Boston in February 2021 as part of a three-team trade that also involved the New York Mets.

Benintendi, 27, made $6.6 million last season and is eligible for free agency after this year's World Series. He is batting .314 with one homer and 12 RBIs. No statistics or evidence from after March 1 are admissible other than contract and salary comparisons, timing set when Major League Baseball and the players' association agreed to the deal that ended the lockout.

In the first two decisions this year, the Atlanta Braves beat third baseman Austin Riley, who will be paid $3.95 million instead of $4.25 million, and the St. Louis Cardinals defeated outfielder Tyler O'Neill, who will get $3.4 million rather than $4.15 million.

Arbitration hearings usually are held during the first three weeks of February but were delayed by the lockout.