Andy Reid reflects on Alex Smith as a mentor: He was 'greatest thing that ever happened to Patrick Mahomes' 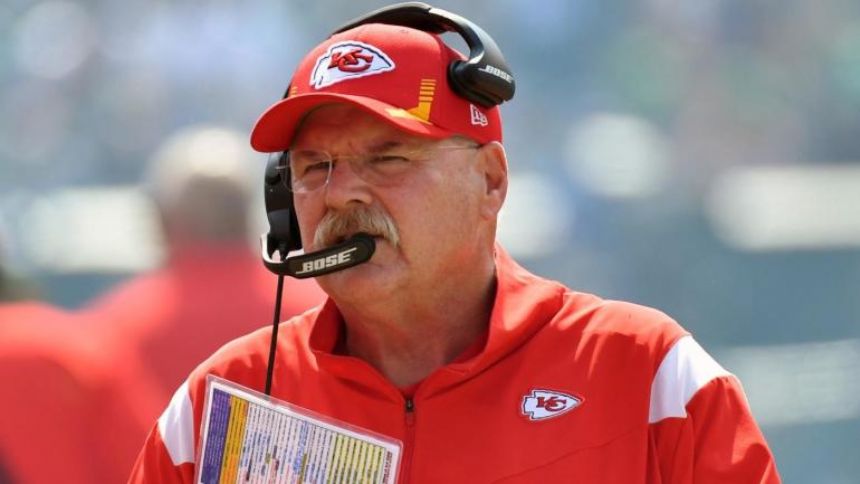 In Tennessee, Ryan Tannehill says it's the young quarterback behind him. In Kansas City, back in 2017, it wasn't Alex Smith's job, either. But he did it anyway. That's what Chiefs coach Andy Reid told Fox Sports' Colin Cowherd Tuesday when asked whether it's up to a veteran QB to teach his potential successor, calling Smith "the greatest thing that ever happened to Pat Mahomes."

Smith, now retired, was the Chiefs' starting QB in 2017, fresh off his third playoff appearance in four years, when Kansas City traded up to draft Mahomes in the first round. Reid insisted to the veteran that he didn't need to worry about helping Mahomes transition to the NFL, the coach said, but that Smith embraced the mentorship opportunity.

"I told Alex, 'Man, go out and have the greatest year you've ever had, and you don't have to teach Pat,'" Reid told Cowherd. "'We're here to do that as coaches. You're out there to go produce and win games and do the best you possibly can for your team.' And so that's the way we approached it with him. Now Alex, by nature, though, was the greatest thing that ever happened to Pat Mahomes ... Alex let Patrick into his world without being forced (into) it ... So it worked out (perfectly). I didn't have to say a whole lot other than, 'You go play and go win games, let's go win a championship, and do the best you possibly can do at the quarterback position.'"

Mahomes, of course, spent almost his entire rookie season on the bench, before taking over as the Chiefs' starter in 2018, when he burst onto the scene with 50 touchdown passes and NFL MVP honors.

Tannehill, still starting for the Titans, has drawn some public criticism after Tennessee used a third-round pick on Liberty QB Malik Willis this April. While the 33-year-old veteran said he hopes Willis learns from him, he indicated he doesn't feel compelled to teach his new teammate.