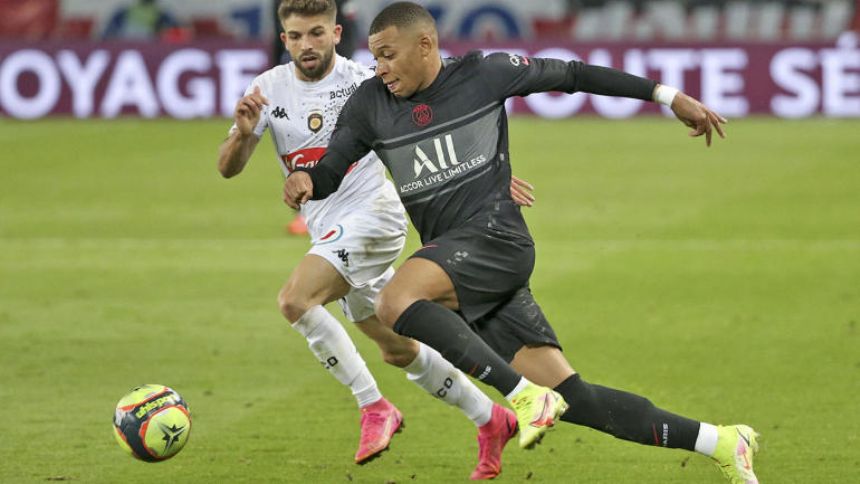 Paris Saint-Germain are 15 points clear at the Ligue 1 summit after their win over bitter rivals Olympique de Marseille and with just six games remaining, Mauricio Pochettino's men are close to claiming a record-equaling 10th French title. Depending on OM's result this midweek, PSG could be crowned champions here or even at the weekend when they face RC Lens on Saturday at Parc des Princes. Even if Wednesday might come a little early, it certainly seems like it will be rubber stamped this week.

Angers:Souleyman Doumbia is back from suspension, but Jimmy Cabot and Mathias Pereira Lage remain unavailable, and Stephane Bahoken is a doubt.

PSG:According to PSG's latest medical update, Lionel Messi is out with an inflamed left achilles tendon and will be revaluated in 48 hours while Neymar is suspended due to an accumulation of bookings. Marco Verratti will also be reassessed in 48 hours after suffering from some swelling in his left knee and the same goes for Presnel Kimpembe but with pain in his right knee.

Ander Herrera and Layvin Kurzawa are expected back in training on Thursday while Abdou Diallo continues to work his way back to fitness after a right knee injury. Julian Draxler (right knee) and Leandro Paredes (groin) remain likely to miss the rest of this season after recent surgery.

"Some players will not be there," said Pochettino ahead of the match. "It is a chance for players who do not play often while youngsters should also gain experience in this type of game. We have a few training with us and those have have trained at senior level for over a year can add value to the club."

Angers:Two wins from 12 with eight losses tells its own story of how a strong early start to the campaign has turned into a precarious battle against relegation. Clermont Foot 63, Girondins de Bordeaux and FC Metz are the must-win clashes between now and the end of this term so the goal against PSG will be to keep it as tight as possible to avoid any morale-crushing for the run-in.

PSG:PSG need wins here and against Lens this weekend to secure the title officially and that will be the goal. Four wins from five after a blip in form is an improvement for Les Parisiens but it will not lessen the bitter taste of their season ending prematurely a few weeks ago. Securing the title is a step towards forgetting that.

"I still have one year of contract, so it is a contractual question," added Pochettino on his future. "The desire is always to do better with my staff than the previous season."

"Everyone has the right to express themselves, but I hope that we can celebrate together if we win the 10th title as it is something important," said the Argentine of the fans' collective anger. "For the club's future, I hope that there can be an understanding as PSG hope to win all titles. It is important to win the title and the sooner the better. It will be of massive joy to the club."

Even without Neymar, the visitors should win easily. Kylian Mbappe continues to score for fun while the capital outfit have looked sharper in front of goal. The hosts need the season to end as soon as possible to avoid any further complications which could threaten their future.Pick: Angers 0, PSG 3.