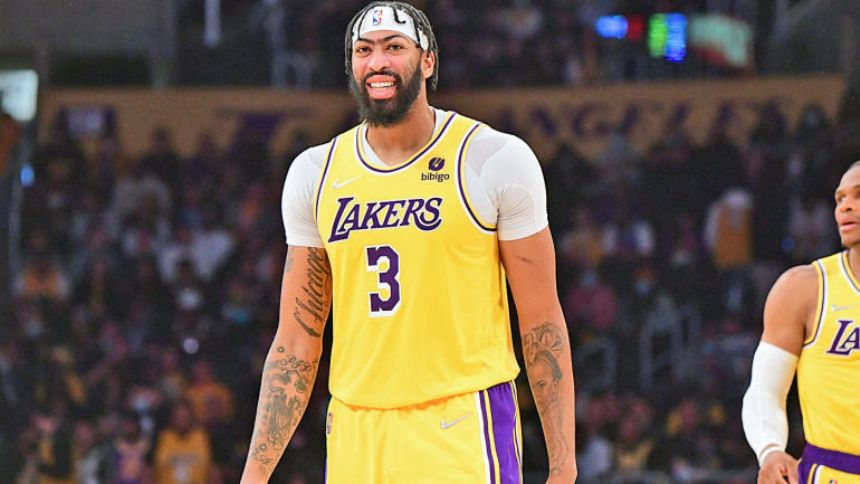 The Los Angeles Lakers have expressed optimism that big man Anthony Davis will return from his knee injury during a road trip at the end of January, according to ESPN's Dave McMenamin. Davis has been out of the lineup since suffering a sprained MCL in his left knee on Dec. 17, and the Lakers have gone 5-7 during that stretch.

The six-game road trip, annually nicknamed the "GRAMMYs trip" due to the timing of the music awards show, beings on Friday, Jan. 21 in Orlando. Davis' return can't come soon enough for the Lakers, who sat in seventh place in the Western Conference with a 21-21 record prior to Friday's games. In his 10th NBA season, Davis is averaging 23.3 points, 9.9 rebounds and two blocks per game, though he's shooting just 18 percent from 3-point range, his lowest mark since the 2014-15 season.

While the offense has sustained itself due to an MVP-caliber performance from LeBron James and the emergence of role players such as Malik Monk, the defense suffered greatly in Davis' latest stint on the injured list. The Lakers have allowed 115.5 points per 100 possessions so far during Davis' 12-game absence, which is 27th in the league during that stretch. Prior to Davis going down, they were 10th in the NBA, allowing 107.1 points per 100 possessions.

Davis recently began individual on-court work during which he's been "moving well," according to McMenamin's report, and he will be re-evaluated by doctors early next week.

With Russell Westbrook's name amid a horrific shooting slump and James being pushed to his limits in his 19th NBA season, Davis will be a welcome re-addition to a Lakers team hoping to live up to its status as preseason favorites after a disappointing first half of the year.