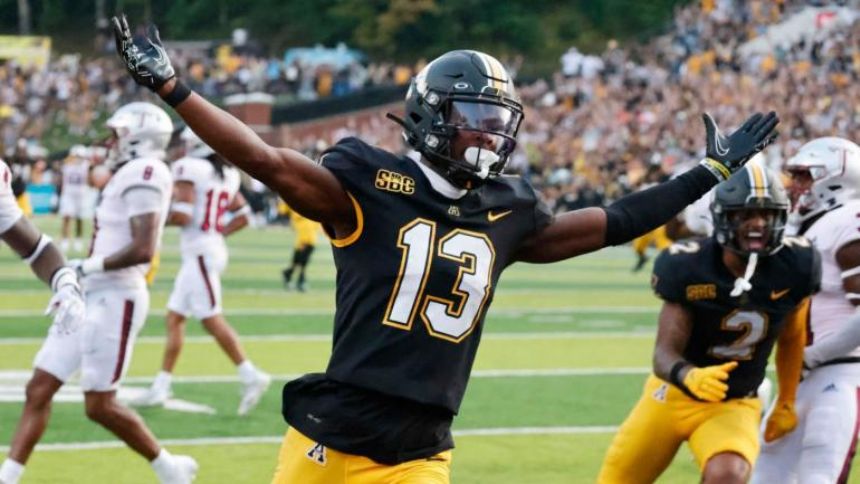 Former FCS powers that have gotten off to great starts in 2022 meet up in one of the intriguing matchups on the Week 4 college football schedule. The Appalachian State Mountaineers and the James Madison Dukes are set to square off in a Sun Belt matchup at Kidd Brewer Stadium in Boone, N.C. Appalachian State is 2-1 overall and 1-1 at home, while James Madison is 2-0 overall and hasn't played on the road yet.'

Now, the model has set its sights on Appalachian State vs. James Madison. You can head to SportsLine to see its picks. Here are several college football odds for James Madison vs. App State:

Coming off a huge upset of Texas A&M in Week 2, Appalachian State was again the talk of college football in Week 3. The Mountaineers beat Troy 32-28 in spectacular fashion as quarterback Chase Brice heaved a Hail Mary in the closing seconds that was ultimately caught short of the goal line by Christan'Horn, who then sprinted around the pile of defenders for the game-winning score.

Brice has completed 62% of his passes for 773 yards, nine touchdowns and just one interception this season. Running back Camerun Peoples is leading the way on the ground with a 49-261-1 rushing line on the season. Despite all the memorable moments App. State has produced this season, the Mountaineers are actually just 1-2 against the spread.

The Dukes have had a smooth transition in their first year of FBS play. They trounced MTSU 44-7 in the opener, before blowing out FCS-level Norfolk State in Week 2. Coming off a bye, they'll be looking to make a huge statement against the Mountaineers in their toughest FBS test yet.

Like Brice, quarterback Todd Centeio has been efficient this year, completing 66% of passes for nine TDs and no INTs. He's also added 139 yards of rushing. His go-to target has been receiver Kris Thornton, who has made 18 receptions for 247 yards and five touchdowns.'

The model has simulated Appalachian State vs. James Madison 10,000 times and the results are in. The model is leaning Under, and it's also generated a point-spread pick that is hitting in 70% of simulations. You can only see the pick at SportsLine.

So who will win Appalachian State vs. James Madison? And which side of the spread hits 70% of the time? Visit SportsLine now to find out, all from the model that has crushed its top-rated college football spread picks.'