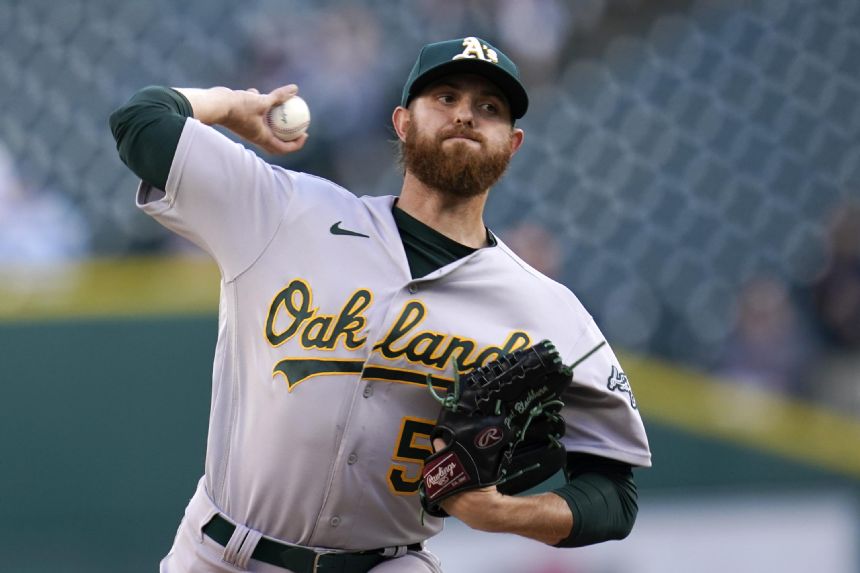 Tony Kemp hit a solo home run in the third and Chad Pinder added an RBI single in the fourth.

Blackburn gave up four hits and struck out three before leaving in the seventh inning. Despite walking two batters, rookie Dany Jimenez escaped damage and earned his fifth save to finish off the four-hitter.

The Tigers, who managed just four hits and have been shut out in two consecutive games, have lost six in a row and 13 of their last 15.

Michael Pineda (1-2) took the loss, despite allowing only two runs on six hits in 6.2 innings.

Javier Baez and manager A.J. Hinch were ejected after arguing balls and strikes in the ninth after Baez was called out on strikes.

Oakland LHP Cole Irvin (left shoulder soreness, 15-day IL retroactive to May 2) will throw a side and then the team will determine next steps. ... Detroit RHP Matt Manning (right shoulder inflammation, 10-day IL retroactive to April 17) will make his second rehab start for Triple-A Toledo on Friday in Louisville. RHP Casey Mize (right elbow sprain, 10-day IL on April 15) will make his first rehab start for Triple-A Toledo on Thursday in Louisville. OF Victor Reyes (left quad strain, 10-day IL on April 23) will start his rehab assignment for Triple-A Toledo Tuesday in Louisville and is expected to play 5-6 innings. LHP Tyler Alexander (left elbow sprain, 15-day IL, retroactive to April 30) has been sent to Lakeland, Fla.