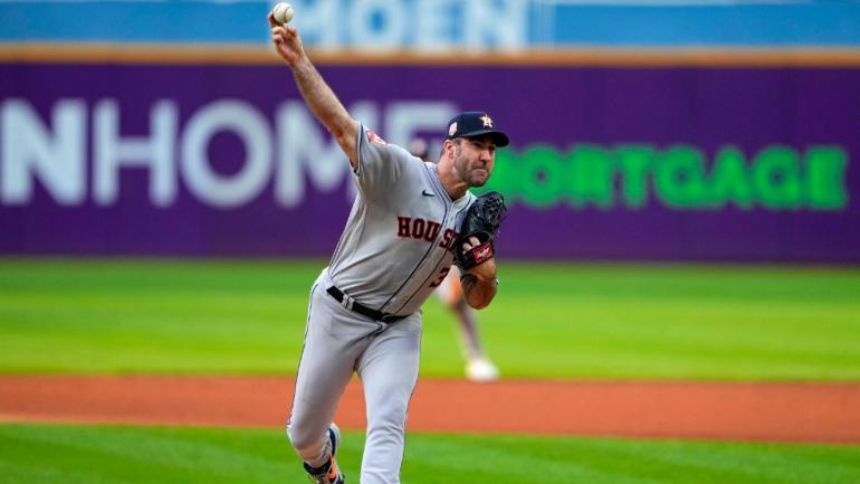 Houston Astros right-hander Justin Verlander opened his August with an impressive start on Thursday night against the Cleveland Guardians. He threw six shutout innings, surrendering two hits and issuing one walk versus five strikeouts. The outing improved his seasonal marks to a 1.73 ERA (221 ERA+) and a 5.52 strikeout-to-walk ratio over the course of 130 innings.

That last number happens to be an important one. By crossing the 130-inning threshold, Verlander triggered a conditional $25 million player option in his contract that was tied to his workload -- an incentive that the Astros requested when they signed him last winter following his year-plus rehab from Tommy John surgery.

"I wasn't pitching to get to 130 innings," Verlander told reporters, including MLB.com. "When we were doing the contract, [Astros owner] Jim [Crane] told me they wanted 130 innings for my player option. I was asking for a straight player option and they said they'd like 130 innings, and that was that. I thought that was a very fair number the way I like to pitch."

Verlander, 39, will now have the choice this winter to return to the Astros for $25 million or to decline and test free agency. It's worth noting that Verlander could also decline the option before reaching a new agreement with the Astros. Given his track record and his performance this season, it would seem reasonable to believe he could land another one-year pact worth more than $25 million.