Atletico Mineiro vs. Flamengo odds, how to watch, live stream: Brazilian Serie A predictions for June 19, 2022 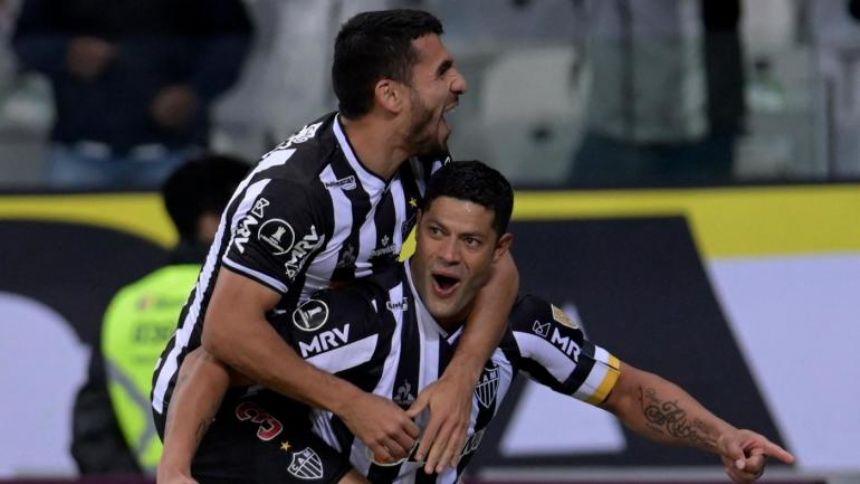 Two Brazilian Serie A teams will reignite their rivalry on Sunday as Atletico Mineiro hosts CR Flamengo. Atletico topped the Brazilian Serie A table last year, but enters Sunday's match on a four-game winless skid, including a recent scoreless draw with Ceara. Flamengo, which ended last season in second place, is also going through a rough patch, but recently ended a three-game losing streak with a 2-0 win over Cuiaba. With both teams looking to rebound and be on top of the league again, this is sure to be one rivalry game you won't want to miss. You can stream all the action on Paramount+.

Kickoff from Mineirao in Minas Gerais, Brazil is set for 3 p.m. ET. The latest Atletico Mineiro vs. Flamengo odds from Caesars Sportsbook lists Atletico as the +104 favorite (risk $100 to win $104) on the 90-minute money line. Flamengo is the +265 underdog, while a draw is priced at +240. Sunday's match will be streamed live on Paramount+ with their must-have Premium plan.

Paramount+ now has levels of membership so you can watch the Brazilian Serie A and much more. The Premium Plan is $9.99 per month and you can watch your local AP live stream (including plenty of sports like SEC on AP, NFL on AP, and the PGA Tour), no ads, on demand and the ability to download episodes for offline viewing. Both plans come with a free week to start, so sign up now here.

Before you tune in to Sunday's match, you need to see the Brazilian Serie A picks from soccer insider Jon Eimer. He is a high-volume bettor who has vast knowledge of leagues and players across the globe. Since joining SportsLine, Eimer has covered the English Premier League, Serie A, the FA Cup and much more. The Indiana-based handicapper compiled a winning record of 260-133-1 with over 90 units of profit for his community on various platforms over a recent two-month stretch.

For Atletico Mineiro vs. Flamengo, Eimer is backing both teams to score at a -115 payout. The expert points out that both teams are dealing with injuries, with Atletico defender Igor Rabello and Flamengo defender among the players sidelined for Sunday's match. With each side being down one of their best defenders, each side is far more likely to find the back of the net.

Although Atletico hasn't scored much over its last few matches and is coming off a scoreless draw, the expert fully expects Givanildo Vieira de Sousa, better know as Hulk, to find the back of the net and add to his already impressive goal total for the season.

"Hulk finished last season with 19 goals over 35 matches and has started off this season, well, scoring six times over 10 matches," Eimer told SportsLine. "He currently holds 35 percent of the teams' total goals this season and if you've never watched him play before, you need to."'

Now that you know what to pick, get ready to watch Brazil Serie A.'Visit Paramount+ now to see Brazil Serie A, your live local AP sporting events, some of the world's top soccer matchups and much more.'