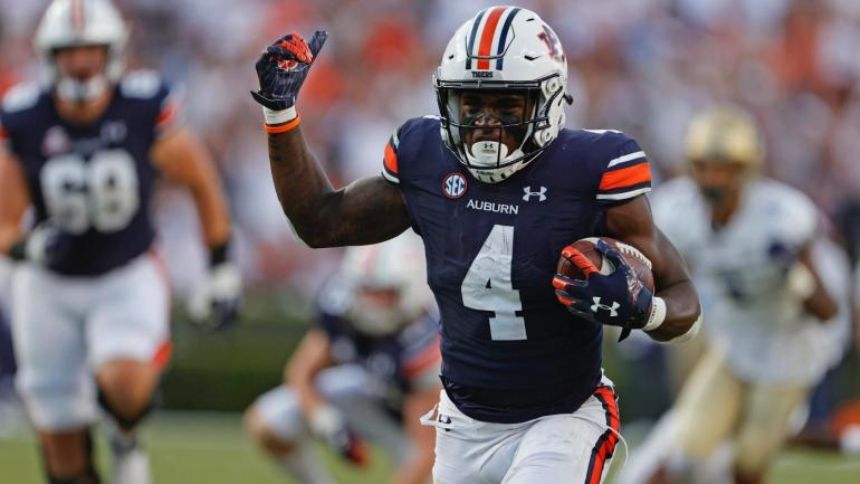 A pair of unranked Southeastern Conference foes open their league schedule on Saturday when the Missouri Tigers take on the Auburn Tigers. Missouri (2-1), which finished in a fourth-place tie with South Carolina'at 6-7 overall in the SEC East a year ago, are coming off a 34-17 win over Abilene Christian last Saturday. Auburn (2-1), which finished tied for sixth with LSU in the SEC West, also finished 6-7 overall in 2021. Auburn is coming off a 41-12 loss to Penn State on Saturday. Auburn is 3-0, while Missouri is 1-2 against the spread in 2022. Auburn leads the all-time series between these programs 2-1.'

Kickoff from Jordan-Hare Stadium in Auburn, Ala., is set for noon ET. Auburn leads the all-time series 2-1, including a 51-14 triumph in their last meeting in 2017. The Tigers are 7-point favorites in the latest Missouri vs. Auburn odds from Caesars Sportsbook, while the over/under for total points scored is set at 51.5. Before making any Auburn vs. Missouri picks, be sure to check out the college football predictions and betting advice from the SportsLine Projection Model.

Now, the model has set its sights on Missouri vs. Auburn and just locked in its picks and CFB predictions. You can visit SportsLine now to see the model's picks. Here are the college football odds and betting lines for Auburn vs. Missouri:

Why Auburn can cover

Auburn has done most of its damage on the ground, scoring eight touchdowns rushing through the first three games. One of the Tigers' main contributors is sophomore tailback Jarquez Hunter, who is third in the SEC and 20th nationally in scoring at 10.0 points per game. He he has four rushing touchdowns and one receiving score, including a three-TD performance in the season opener against Mercer. He has carried 21 times for 91 yards (4.3 average) and has three receptions for 37 yards.

Junior running back Tank Bigsby has also been explosive for Auburn. Bigsby has 38 carries for 237 yards (6.2 average) and three TDs. In the season opener against Mercer, Bigsby carried 16 times for 147 yards (9.2 average) and two touchdowns. He added a score against San Jose State a week later.

Why Missouri can cover'

Despite that, Auburn is not a lock to cover the Missouri vs. Auburn spread. That's because sophomore quarterback Brady Cook has played well in Missouri's two wins, including Saturday against Abilene Christian. In that game, Cook completed 22 of 31 passes (71%) for 297 yards and three touchdowns. For his career, Cook has completed 71.3% of his passes for 1,043 yards and seven touchdowns vs. three interceptions.

Sophomore wide receiver Dominic Lovett is Cook's top target. Lovett had seven catches for 132 yards (18.9 average) and two touchdowns a week ago against Abilene Christian, including a 79-yarder. For the season, he has 16 receptions for 274 yards (17.1 average) and two scores. His 132 receiving yards are the most by a Missouri receiver since Johnathon Johnson piled up 185 yards against Oklahoma State in the 2018 Liberty Bowl.

How to make Missouri vs. Auburn picks

SportsLine's model is leaning Over the total, projecting 57 combined points. It has also generated an against the spread pick that cashes in well over 50% of simulations. You can only get the model's pick at SportsLine.'