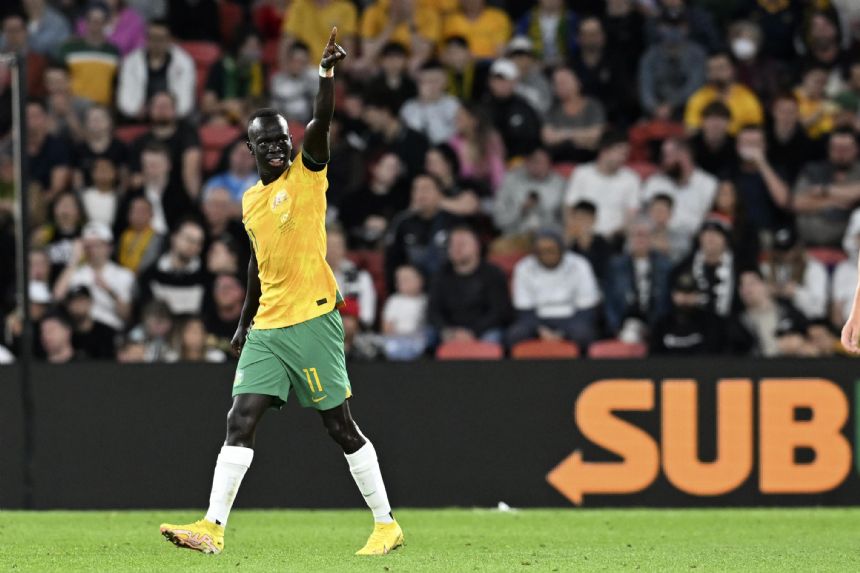 In the 32nd minute, Australia midfielder Jackson Irvine poached the ball in New Zealand's half and fed Mabil, who stepped around a defender and sent a long-range strike into the bottom corner of the net. Mabil plays for Spanish club Cadiz.

"Far from satisfied, to be honest," Irvine said. "There's a lot of things we could have done better, but at the end of the day, a win is a win."

It was Australia's last home match before the World Cup in Qatar. The teams play again on Sunday in Auckland. New Zealand did not qualify for the World Cup.

Australia advanced to its fifth consecutive World Cup in the final phase of qualifying after a penalty shootout win over Peru in Qatar in June. The Socceroos are in Group D and play play France, Tunisia and Denmark.