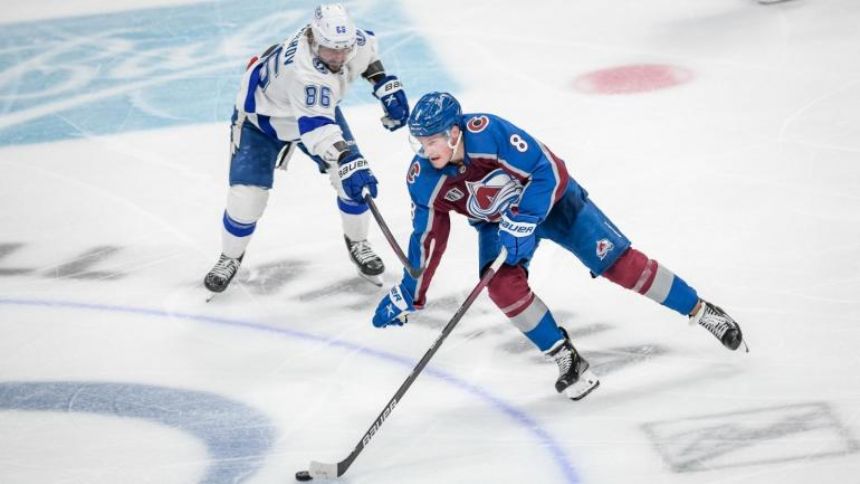 The Tampa Bay Lightning once again showed the heart of a champion when they posted an emphatic 6-2 victory in Game 3 of the 2022 Stanley Cup Final just two days after being demolished 7-0 to go down 2-0 in the series. The win may have come at a price, however, as Nikita Kucherov left Monday's contest in the third period with a lower-body injury. Looking to even the series at two wins apiece, the Lightning may be missing the franchise leader in playoff scoring when they host the Colorado Avalanche for Game 4 on Wednesday. Tampa Bay already is likely to be without Brayden Point, who missed the previous two postseason series and sat out again in Game 3 with a lower-body ailment.

Opening faceoff at Amalie Arena in Tampa is set for 8 p.m. ET. Colorado is listed as the -115 favorite (risk $115 to win $100) in the latest Avalanche vs. Lightning odds from Caesars Sportsbook, while the over-under for total goals scored is six. Before making any Lightning vs. Avalanche picks or 2022 Stanley Cup Final predictions, you need to see what SportsLine NHL expert Matt Severance has to say.

Severance is a well-connected writer and handicapper who has worked in the industry since 2005. He is SportsLine's top NHL handicapper, going 137-71-4 in his last 212 NHL picks and returning well over $3,000 for $100 players. Anyone who has followed him is way up.

Now, Severance has set his sights on Avs vs. Lightning and just locked in his picks and NHL playoff predictions. You can head to SportsLine now to see his picks. Here are several NHL odds and Stanley Cup betting lines for Lightning vs. Avs:'

Why the Avalanche can win

Colorado will be eager for the chance to atone for its worst overall performance of the 2022 Stanley Cup Playoffs. The club scored only two goals in Game 3, its lowest output away from home this postseason, and went on to suffer its first loss in eight road playoff games. The Avalanche haven't dropped back-to-back contests since the end of the regular season, however, and Nathan MacKinnon has yet to score a goal in the series after registering 11 over the first three playoff rounds.

Captain Gabriel Landeskog has been hot of late, recording three multi-point performances in his last four games. The 29-year-old Swedish left wing netted both of Colorado's tallies on Monday after being kept off the scoresheet in the team's 7-0 triumph in Game 2. Defenseman Cale Makar assisted on both goals in Game 3 for his second straight two-point effort and is tied for third in the league in playoff scoring with 26 points while Mikko Rantanen also notched a pair of assists to extend his point streak to seven games.

Why the Lightning can win

Tampa Bay was defeated 5-2 by Toronto in its first home game of the postseason but hasn't lost on its own rink since, reeling off eight consecutive victories. The Lightning have played well defensively at Amalie Arena of late as they've allowed two goals or fewer in each of the last six contests there. They had their best offensive showing of the playoffs on Monday as five different players recorded two points, with captain Steven Stamkos, Pat Maroon and Ondrej Palat each notching a goal and an assist.

Kucherov notched two assists in Game 3, and his presence on Wednesday would be huge for Tampa Bay as he is tied with Makar for third in the league this postseason with 26 points. The 29-year-old Russian right wing, who was the playoff scoring leader each of the last two years, joined Bryan Trottier (1980-82), Mike Bossy (1981-83) and Wayne Gretzky (1983-85) as the only players in Stanley Cup Playoff history to record at least 25 points in three consecutive postseasons. Kucherov has had eight multi-point performances in these playoffs and is third among active players (behind Pittsburgh teammates Sidney Crosby and Evgeni Malkin) with 44 in his postseason career.

How to make Avalanche vs. Lightning picks

Severance has analyzed the Lightning vs. Avalanche game from every angle, and he is leaning over on the goal total, but he also says a critical X-factor makes one team a must-back on the money line. He's only sharing who it is and which side of the Game 4 moneyline to back at SportsLine.

So who wins Avalanche vs. Lightning in Game 4 of the 2022 Stanley Cup Final? And what crucial X-factor makes one team a must-back? Visit Sportsline now to see which team you need to jump on, all from the expert who has crushed his NHL picks, and find out.