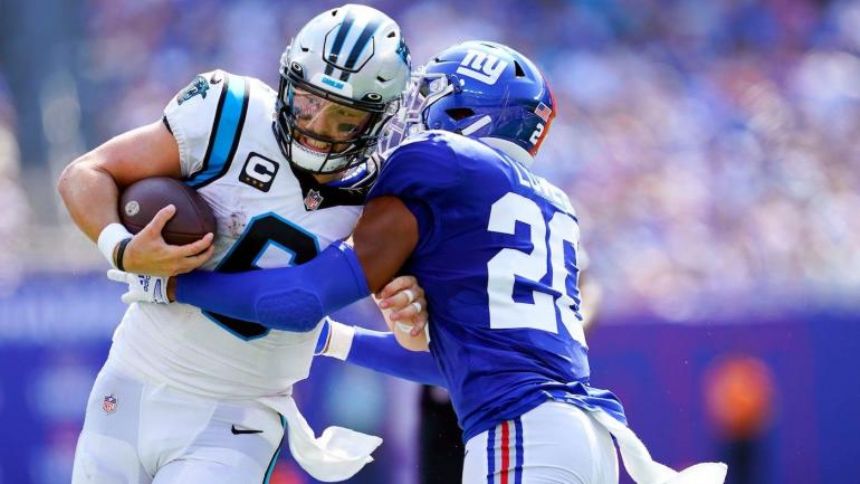 The Carolina Panthers' addition of quarterback Baker Mayfield provided some optimism for a fan base that desperately needed it. With a few decent wideouts, a star running back in Christian McCaffrey and what were perceived to be a couple of upgrades along the offensive line, it wasn't absurd to think Carolina's offense could surprise some people out of the gate, right? Wrong.

The Panthers are 0-2, with both losses coming to teams that missed the playoffs last year in the Deshaun Watson-less Cleveland Browns, and the New York Giants. So far, the Panthers have the fifth-worst offense in terms of total yards recorded per game, and the third-worst passing offense. This week, Mayfield attempted to take ownership for Carolina's rough start.'

"Not good enough," Mayfield said Wednesday. "I only care about winning, no matter what my stats are. (I) haven't taken care of the ball well enough. That's pretty much the only stat I care about.

"I've got to command this group better. I have to lead better, I have to make sure everybody's on the same page to where we are executing at a much higher level. That's the biggest disappointment for me is that hasn't shown yet. So I take full ownership for that as an offense."

Mayfield's play could be better, but truth be told, he's not solely responsible for how the Panthers' offense has looked thus far. Offensive coordinator Ben McAdoo has caught some heat as well. Star wideout D.J. Moore, who signed a this offseason, received the same amount of targets on Sunday as second-year wideout Shi Smith. Both also received more targets than McCaffrey, who is seen as one of the best dual-threat backs in the league. The Panthers have converted just 26.1 percent of their third-down attempts, and scored just four total touchdowns.

Something needs to change quickly for Carolina's offense, and Mayfield is taking it upon himself to spark this unit, and team at large.'