Barca reaches deal with Man U for reluctant De Jong 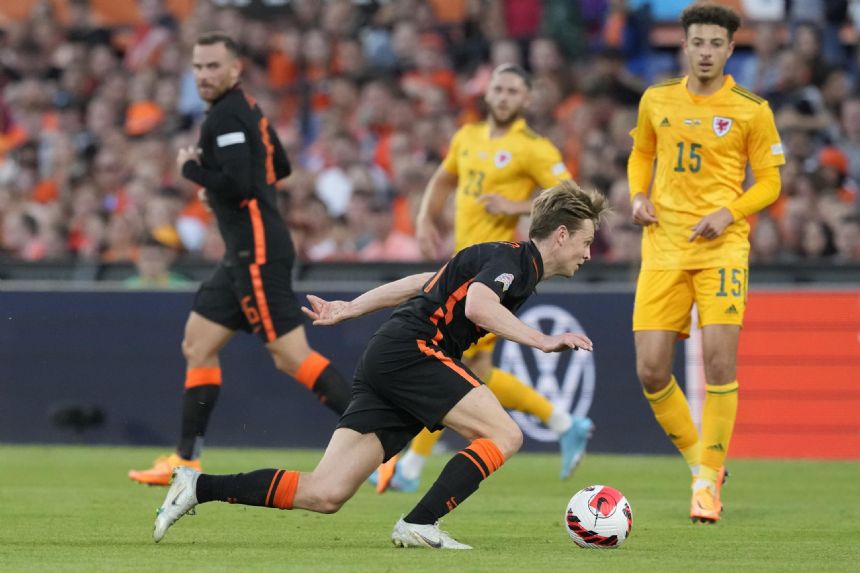 BARCELONA, Spain (AP) - Barcelona has reached an agreement with Manchester United for the potential transfer of Netherlands midfielder Frenkie de Jong, who would still need to approve the move, a person at the Spanish club with knowledge of the deal told The Associated Press on Thursday.

United has agreed to pay Barcelona 75 million euros ($75 million) plus another potential 10 million euros in variables for the 25-year-old De Jong, according to a club official who spoke under condition of anonymity because he was not authorized to talk publicly about the deal.

De Jong, who is under contact with Barcelona through June 2026, would still need to agree to the transfer to the English Premier League side. So far, he is reportedly reluctant to leave Camp Nou.

But the Barcelona official with knowledge of the agreement said coach Xavi Hernandez has told De Jong that he will not be a key part of his squad. Barcelona would prefer for a definite deal to be reached immediately before the team leaves on Saturday for a preseason tour in the United States.

Barcelona has been working to reduce its payroll as it seeks to reduce its debt. De Jong's salary, the club official said, was no longer in line with its new financial priorities.

De Jong has made 140 appearances, mostly as a regular starter, since Barcelona bought him from Ajax in 2019 for 75 million euros (then $85.5 million).