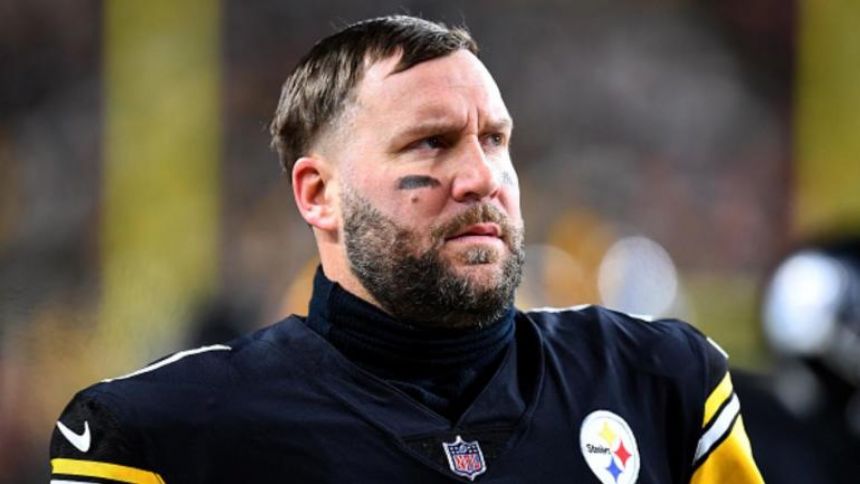 Ben Roethlisberger knew it was coming. He just didn't know that it would happen during the Steelers' first home game without him under center.'

It happened with about six minutes to go in the third quarter of Pittsburgh's 17-14 loss to the Patriots, after Mitch Trubisky threw a short pass on third-and-8. Boos rained down from the Acrisure Stadium crowd as the Steelers' offense trotted off the field. Chants for rookie quarterback Kenny Pickett shortly followed.'

"I just don't think it's fair," Roethlisberger said of the situation during the most recent edition of his new podcast. "I wouldn't blame Mitch for the performance (on Sunday). Did he miss a couple throws? Yes, every quarterback does. I just saw Aaron Rodgers miss a throw and he's one of the greatest ever play. It's going to happen sometimes. I don't think that he deserved the fans getting on him today, because sometimes you're playing within the system. And I'm not trying to say that it's on Matt Canada, either.'

"I thought it was a little early, a little unfair to to start booing. I think the boo birds were more for the offense in general. But I think, just the fact that they were starting chant some of Kenny stuff. ... I hate it for Mitchell because I just don't think it's I don't think it's fair yet. But that's just my opinion."'

While not everyone will agree with his take on Trubisky, every Steelers fan will agree with Roethlisberger's opinion that Pittsburgh's offense needs more big plays. The Steelers have scored just two offensive touchdowns this season while employing a largely conservative offensive attack.'

"I just kept sitting there like, come on, you've got to back a defense up," said Roethlisberger, who watched Sunday's game from the stands. "You've got to at least threaten them every once in a while. ... And there's some explosive players on that team, on our offense."'

Steelers coach Mike Tomlin acknowledged during Monday's press conference that Pittsburgh's offense could be more aggressive when it comes to trying to make plays downfield. When asked about his satisfaction with Pittsburgh's play-calling, Tomlin said that he will exercise appropriate patience while acknowledging that, at this point in the season, the offense is still in development mode.'

Tomlin was asked about Trubisky's postgame comments about skill players openly clamoring for the ball in the huddle. While some could look at that in a negative light, Tomlin likes the fact that his players want the ball in their hands .'

"We've got playmakers, young playmakers, guys with a lot of talent, guys that want to be the reasons why we're successful," he said. "So, I'd much rather say 'woah' than 'sick 'em.' I think that's just a general attitude that we as competitors in a competitive football team in a competitive organization have. We're not going to make a problem out of guys wanting to be the reason why we're successful."'

The Steelers have just two more days before Thursday night's road game against the Browns. And while a short week can be challenging, Roethlisberger said that, in some ways, it could be a benefit for the Steelers' offense.'