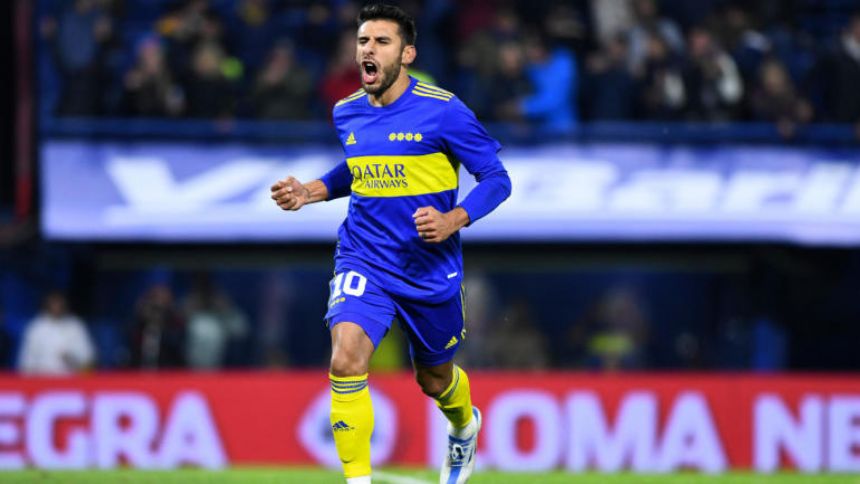 Boca Juniors finished atop Group E during the group stage of the 2022 CONMEBOL Copa Libertadores, but has had its problems with Corinthians. Boca suffered a 2-0 loss in their first meeting and battled to a 1-1 draw in their second group-stage showdown before playing to a 0-0 deadlock in the first leg of their Round of 16 matchup last week. Boca Juniors attempts to finally solve Corinthians and advance to the quarterfinals when it hosts the club in the second leg on Tuesday. Boca is seeking its seventh Copa Libertadores championship and first since 2007, while Corinthians won its only title by defeating Boca Juniors in the 2012 final.

Kickoff at Alberto Jose Armando Stadium in Buenos Aires, Argentina is set for 8:30 p.m. ET. Boca Juniors is the -104 favorite (risk $104 to win $100) on the 90-minute money line in the latest Boca Juniors vs. Corinthians odds from Caesars Sportsbook. Corinthians is listed as the +295 underdog, while a draw is priced at +195. Before making any Corinthians vs. Boca Juniors picks, you need to see what red-hot soccer insider Jon Eimer has to say.'

Eimer is a high-volume bettor who has vast knowledge of leagues and players across the globe. Since joining SportsLine, Eimer has covered the English Premier League, Serie A, the FA Cup and much more. He also compiled a winning record of 260-133-1 with over 90 units of profit for his community on various platforms over a recent two-month stretch.

Now, Eimer has broken down the Boca Juniors vs. Corinthians match from all sides and just locked in his coveted picks and predictions. You can head to SportsLine now to see Eimer's picks. Here are the betting lines and trends for the Corinthians vs. Boca Juniors:

Boca has scored a total of five goals in this year's Copa Libertadores, and Dario Benedetto has registered three of them. The 32-year-old forward provided all the offense in the team's 2-0 victory against Always Ready on Apr. 12 and netted the lone tally in a 1-1 draw with Corinthians on May 17. Benedetto also has recorded two goals in three matches for the club during Primera Division play.

is one of six players that has scored for Boca Juniors during league action and also has a goal in Copa Libertadores as he converted in a 1-0 triumph over Always Ready on May 4. The 31-year-old forward was the offensive star during the team's run to the semifinals in 2020, recording a pair of two-goal performances en route to a club-leading six goals. Sebastian Villa, a 26-year-old forward from Colombia, has yet to score in this year's competition but notched three of Boca's six goals in 2021.

The club has scored only five goals in this year's Copa Libertadores, but three have come against Boca Juniors. Maycon netted both tallies in Time do Povo's 2-0 victory on Apr. 26 and midfielder Du Queiroz converted in a 1-1 draw on May 17. The team's other goal was recorded by forward Adson, who scored in the 19th minute against Always Ready on May 26, when Corinthians settled for a 1-1 draw.

The 21-year-old Adson is among Corinthians' leading scorers in the Brazilian Serie A with two goals while Du Queiroz is tied for second on the club with a pair of assists. Corinthians is hoping Roger Guedes finds his scoring touch on Tuesday as he has recorded a team-high four goals while adding an assist in Brazilian Serie A play. Gustavo Mantuan also is seeking his first goal of Copa Libertadores after registering three, along with an assist, in league action.

Eimer has analyzed Tuesday's Corinthians vs. Boca Juniors match from every angle. He is leaning under 2.5 goals and has provided two other confident best bets, as well as a full breakdown of the match. He's only sharing his picks and analysis at SportsLine.

So who wins Boca Juniors vs. Corinthians? And where does all the betting value lie? Visit SportsLine now to see the best bets for the Corinthians vs. Boca Juniors match, all from the soccer expert who has his finger on the pulse of the game all over the world, and find out.