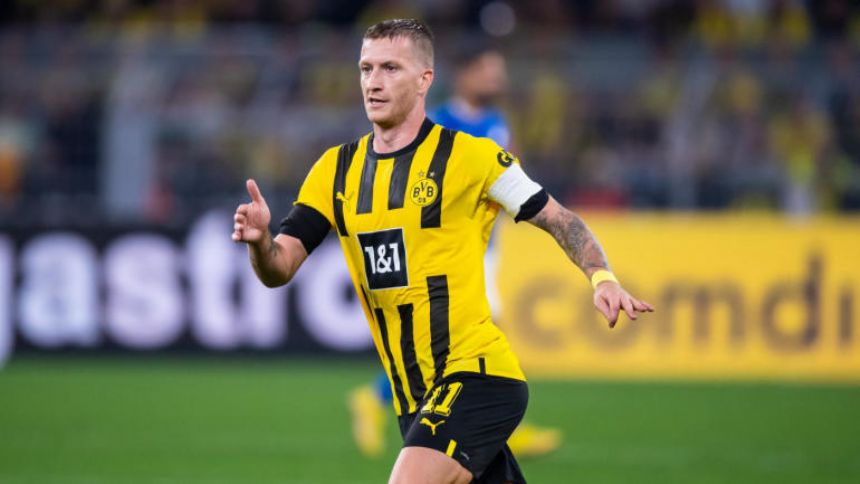 and Copenhagen are set to square off at Westfalenstadion in the UEFA Champions League group stage on Tuesday. Borussia Dortmund enters Tuesday's clash full of confidence having won four of their last five games. Copenhagen, meanwhile, advanced to the group stage with a 2-1 aggregate victory over in the UCL playoff. You can catch all the action when you'stream the match on Paramount+.

Kickoff from Germany is set for 12:45 p.m. ET. The latest Borussia Dortmund vs. Copenhagen odds from Caesars Sportsbook list Dortmund as the -335 favorites (risk $335 to win $100) on the 90-minute money line, with Copenhagen the +900 underdogs. A draw is priced at +450 and the over/under for total goals scored is 3.5. Tuesday's match will be'streamed live on Paramount+ with their must-have Premium plan.

Before you tune in to Tuesday's match, you need to see the UEFA Champions League picks from soccer insider Jon Eimer. Eimer is a high-volume bettor who has vast knowledge of leagues and players across the globe. Since joining SportsLine, Eimer has covered the English Premier League, Serie A, the FA Cup and much more. He is 31-17-1 on his Premier League picks for SportsLine in 2022, for a profit of more than $1,200 for $100 bettors, and he is 13-7 on his last 20'soccer picks'overall.

For Copenhagen vs. Borussia Dortmund, Eimer is backing both teams to score at -155 odds. Dortmund currently sits in second-place in the Bundesliga standings after winning four of their first five league games. Edin Terzic's side has scored in every match this season, and they've scored two or more goals in two of their last four outings.'

Copenhagen, meanwhile, will look to take advantage of a Dortmund defense that gave up three goals at home against on Aug. 20. The Danish side has also had trouble keeping teams off the scoresheet this season. In fact, Copenhagen has conceded 13 goals in their first eight matches the Danish Superliga.'

"Within their first eight matches played in the Danish Superliga this year, Copenhagen has the second most goals conceded," Eimer told SportsLine.'Stream the match now here.