Bracketology: Wisconsin moves up to a No. 1 seed as Duke slips to a No. 2 in projected NCAA Tournament bracket 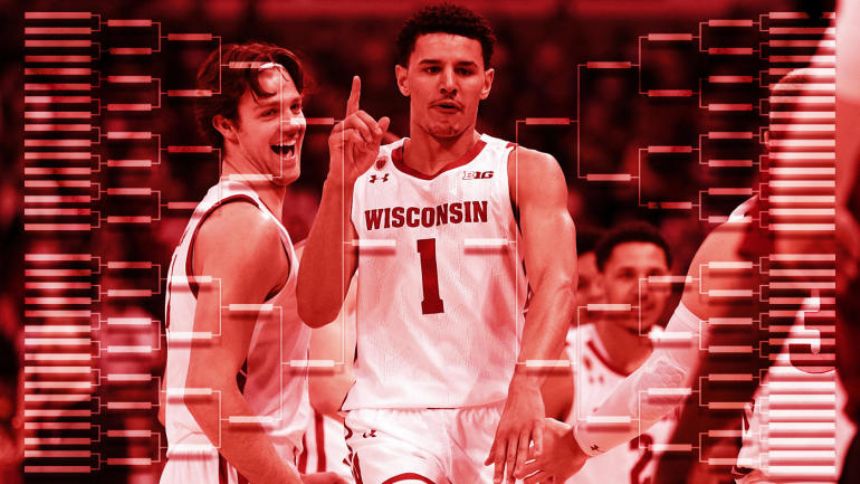 It seems like every new bracket brings a new No. 1 seed. Wisconsin joins the top line of the bracket this week after Duke lost at Florida State on Wednesday night.

The Badgers have been one of the more pleasant surprises this season. They were picked for ninth in the Big Ten in our , but nobody expected newcomer Johnny Davis to play like an All-American in the first half of the season. Davis has helped propel Wisconsin to the top of the Big Ten and now, the top line of the bracket.

The Blue Devils have dropped down to the No. 2 line for now.

One of the patterns developing in my Friday brackets is that multiple No. 1 seeds lose before Monday. Perhaps the best candidate for a loss this weekend is overall No. 1 seed Auburn. The Tigers are hosting No. 5 seed Kentucky this weekend in a big game for both teams. Auburn may need to win to hang on to a spot at the top of the bracket, while the Wildcats are looking to pick up the kind of win that can propel them up the bracket quickly.

Wisconsin is also hosting Michigan Stateon Friday as the Spartans look to bounce back from a home loss to Northwestern. Baylor is on the road at Oklahoma, while Gonzaga has the weekend off.

Check out Palm's latest bracket, full field of 68 and all the teams on the bubble on theBracketologyhub.

Something that may have never happened before, or certainly not in my memory: Purdue played twice between my regular bi-weekly brackets. The Boilers won at Illinois hours after the was released. That was arguably Purdue's best win of the season. Naturally, the Boilermakers followed that up with a . That was the Hoosiers' first win over Purdue, now a No. 3 seed, in ten games covering almost six years. It was also enough to get IU into the bracket as a No. 8 seed.

Teams playing multiple games between brackets will happen more often as we go on through this season because of tight schedules caused by makeup games due to COVID postponements. However, Purdue's games this week were originally scheduled for Monday and Thursday.