Braves power past Nationals for 13th straight win, which is longest streak in the majors this season 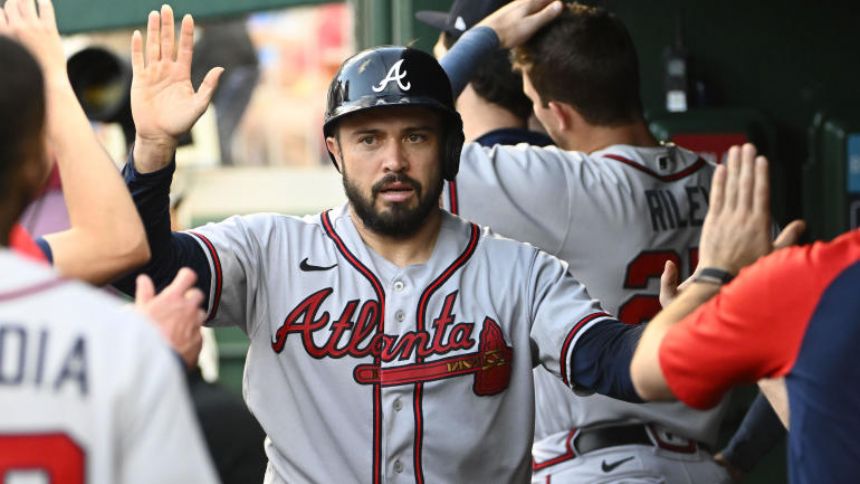 The reigning-champion Atlanta Braves on Tuesday night crushed the Washington Nationals by a score 10-4, and the victory pushed their current win streak to 13 games. That marks the longest win streak by the Braves since they won 14 in a row from July 26-Aug. 9, 2013. The current streak is also the longest in the majors this season.'

The Atlanta win also occasioned this bit of recent history:'

Their win streak becomes the longest of any defending champion in the Expansion Era (since 1961) ?? pic.twitter.com/taG9CsYvfM

In Tuesday's win, power was once again the story for the Braves. They homered five times and went back-to-back on two different occasions. Michael Harris II and Travis d'Arnaud each homered for the second straight game. Orlando Arcia, starting at second base in place of the injured Ozzie Albies, picked up a pair of hits. The Braves have a total of 32 home runs during the win streak.'

On the pitching side, Max Fried picked up the win for Atlanta but didn't pitch particularly well, as he allowed four earned on six hits in 5 ? innings. Faring better was reliever Jackson Stephens, who worked three shutout innings for the save.'

The Braves' win streak has coincided with a soft stretch of schedule. The 13 wins that make up the streak have come against the Diamondbacks, Rockies, A's, Pirates, and Nationals - losing teams, all. If the Braves are able to win the series finale against Washington on Wednesday, then they'll take the streak into a weekend series against the Cubs. That said, the Braves have dominated that perhaps lacking competition over the last 13 games, as they've outscored the opposition during the streak by a margin of 93-39. '

Atlanta will try to push the streak to 14 wins in a row on Wednesday, as right-hander Spencer Strider will start opposite right-hander Erick Fedde.