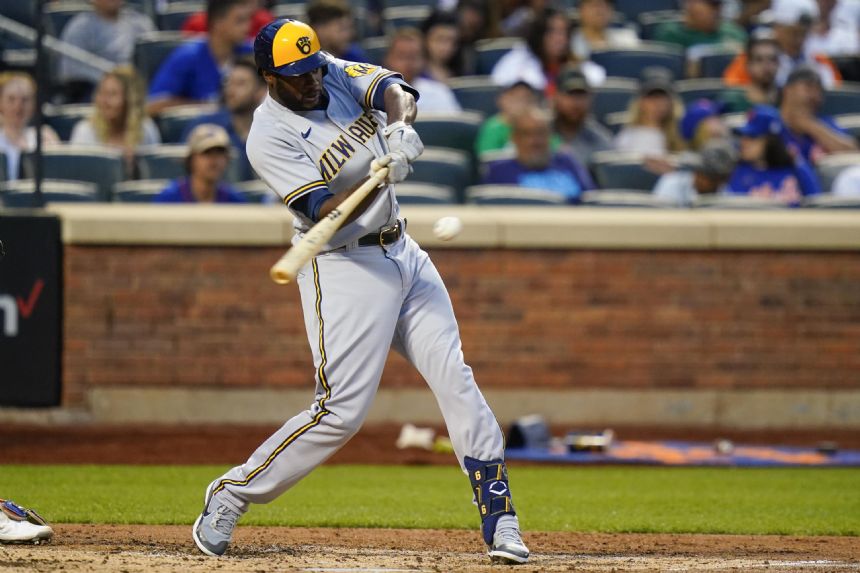 "It just got to a point where it's probably time," Cain told a small group of Brewers' beat writers. "I haven't been performing like I would've liked, but the situation is what it is. I've had a great career. I can't really be upset about anything, but, yeah, it's time. I wish all my teammates the best, coaches, trainers, everybody that I've played with or met throughout my entire career, I wish them nothing but the best. It's been a really fun ride for me for sure."

Cain is in the last year of a five-year, $80 million contract he signed in January 2018 as a free agent. Milwaukee is responsible for the $10,897,121 remaining of this season's $18 million salary. He is unlikely to be claimed off waivers because of his salary. If he is released, any team can sign him for a prorated share of the $700,000 minimum.

The center fielder played a key role for the 2015 World Series champion Kansas City Royals before signing with the Brewers, the team that originally drafted him before trading him in December 2010 to the Royals. He helped Milwaukee reach postseason play each of the past four seasons.

"No doubt, he did his part," Brewers manager Craig Counsell said. "At the end, it was time for this. It was just time."

If Cain harbored any ill will, it didn't show.

"I would say it was mutual to part ways," he said. "We have a really good team. I don't think I was contributing the way I would've liked. I feel like they definitely had to make a move. I definitely would've liked to play a lot better - contribute to the team a little bit more - but unfortunately, that wasn't the case this year.

"At the end of the day, it's been fun. I think that team can go really far. They're really well-coached, well-managed. Those guys play their hearts out. I'm definitely gonna miss them. It's been a fun ride for sure."