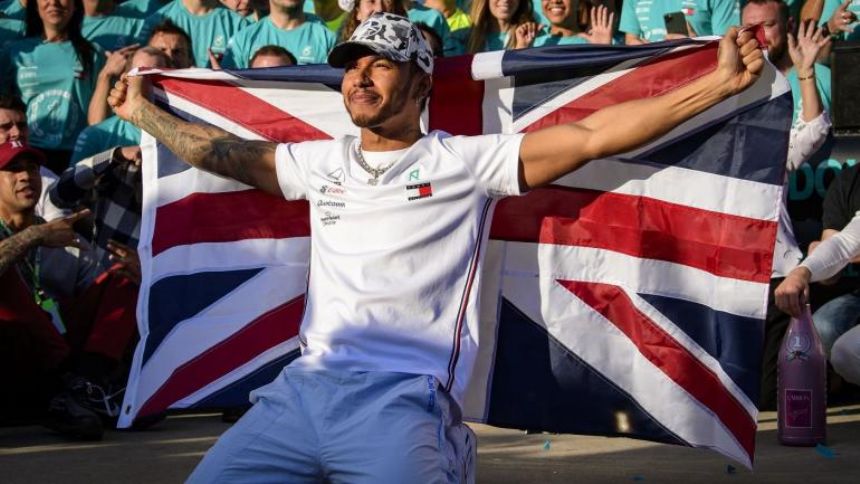 The Walton-Penner family already made history when they agreed to purchase the Broncos for a record $4.65 billion this offseason. Now, they're assembling a who's who of celebrity partners, announcing Tuesday that Formula 1 racing star Lewis Hamilton has joined the ownership group, following in the footsteps of former U.S. Secretary of State Condoleezza Rice, who in July.

"We're delighted to welcome seven-time Formula One World Champion Sir Lewis Hamilton to our ownership group," the team said in a statement. "He is a champion competitor who knows what it takes to lead a winning team and a fierce advocate for global equality, including in his own sport. With over 100 race wins, Lewis is considered the most successful F1 driver of all time. His resilient spirit and standard of excellence will be an asset to the ownership group and the Broncos organization."

Hamilton, 37, is widely credited with growing global awareness of Formula 1 and racing in general, given his entertainment and community interests in addition to an esteemed resume on the track, where he owns the most career Formula 1 wins (103).

He joins an ownership team that now includes Rice, who was once linked to the Browns' head coaching vacancy; Rob Walton, heir to the Walmart fortune; his daughter, Carrie Walton Penner, and son-in-law, Greg Penner; and Mellody Hobson, CEO of Ariel Investments and chairwoman for Starbucks Corporation. The Walton-Penner group agreed to purchase the Broncos from the estate of the late Pat Bowlen for $4.65B, the highest price paid for any North American sports team.

The rest of the NFL owners are set to confirm the purchase in a vote on Aug. 9.