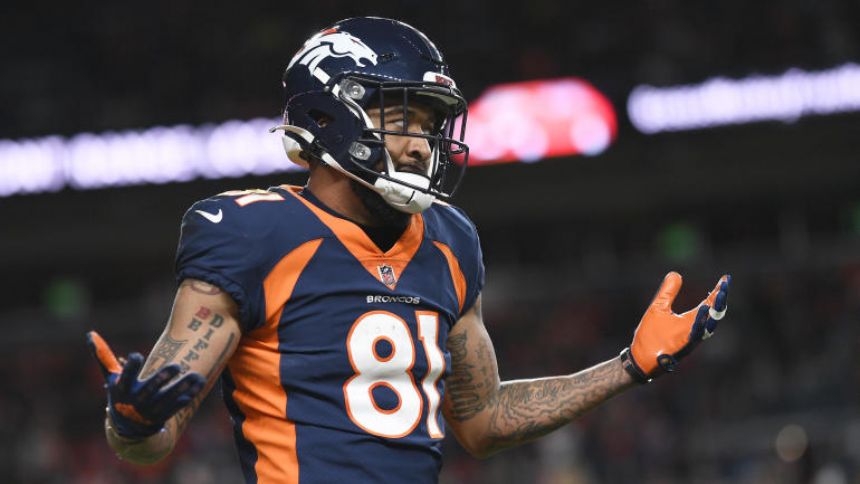 Injuries are unfortunately part of football, and for the Denver Broncos, that facet of the game reared its ugly head during Tuesday's training camp practice. Tim Patrick, who has gained a quick rapport with new Broncos quarterback Russell Wilson, was carted off the field after making a catch. Patrick will undergo an MRI on his knee, which is feared to be a significant injury, according to NFL Network.

The Broncos boast a formidable receiving corps, led by Patrick, Courtland Sutton and Jerry Jeudy. Injuries, however, have limited the unit's time on the football field together. Patrick missed a large chunk of the 2019 after breaking hand. Sutton missed all but one game in 2020 after tearing his MCL. Jeudy missed seven games last season after sustaining a high ankle sprain. K.J. Hamler, the Broncos' second-round pick in the 2020 NFL Draft, missed the majority of the 2021 season after tearing his MCL in Week 3.'

Patrick, who signed a three-year extension with the Broncos last fall, led the Broncos with five touchdown receptions last season. He also finished second on the team with 734 receiving yards, while his 53 catches was good for third on the team behind Sutton and tight end Noah Fant, who traded the Seattle Seahawks during the offseason as part of the deal that brought Wilson to Denver.'

Patrick wasn't the only Broncos player that suffered a significant injury on Tuesday. Running back Damarea Crockett will also undergo an MRI after suffering an apparent knee injury, according to NFL Network.'