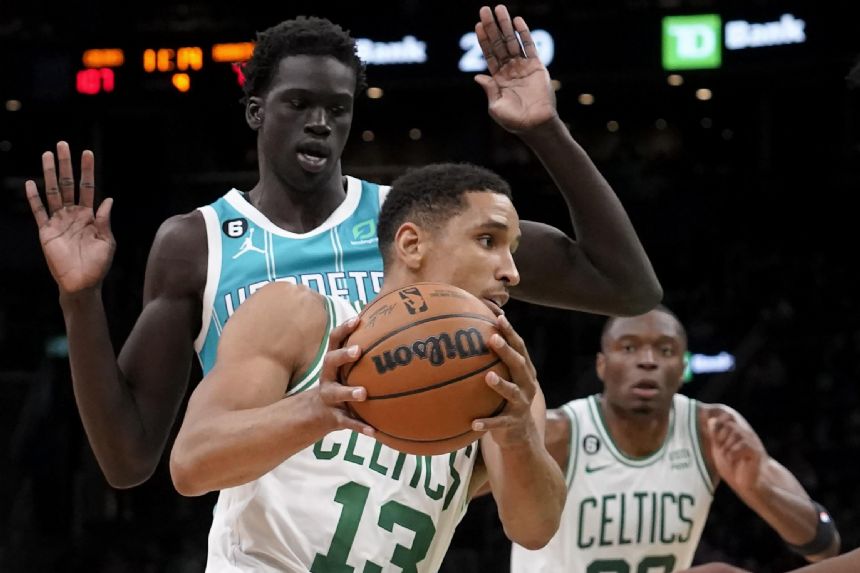 Sam Hauser finished with 14 points for Boston, connecting on 5 of 6 from the field, including four 3-pointers, part of the Celtics making 22 from outside the arc. Malcom Brogdon, picked up in a trade with Indiana, had 11 points.

Kelly Oubre Jr. led the Hornets with 17 points, while LaMelo Ball scored 14, albeit on 5 of 19 from the field. Ball also had seven rebounds and four assists. Terry Rozier finished with 11 points, and Jalen McDaniels had 10.

The Celtics returned to the court three months after coming within two wins of an unprecedented 18th NBA title. Since then, coach Ime Udoka was suspended for the entire season after allegations of an inappropriate relationship in the workplace.

The Hornets are now under coach Steve Clifford, in his second run with Charlotte after James Borrego was fired following the season.

Charlotte connected on 35% of its overall shots and made only five of 33 shots from 3-point range. Boston led 68-46 at halftime and stretched the lead to as many as 46 in the second half.