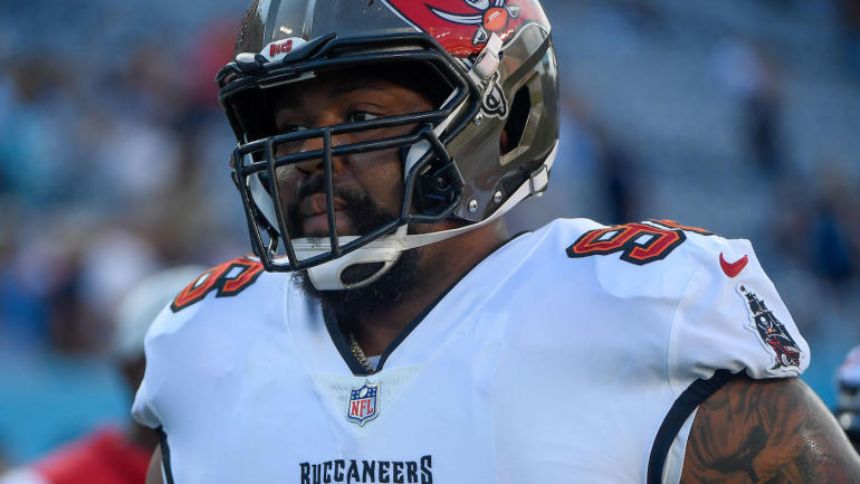 The Tampa Bay Buccaneers lost a defensive starter during their 20-10 victory over the New Orleans Saints'on Sunday, as defensive lineman Akiem Hicks left the game in the first half due to a foot injury. He missed the remainder of the matchup, and will miss even more time because of the issue.

Hicks tore the plantar fascia in his foot,'according to ESPN,'and is expected to be sidelined for a month. Hicks has recorded five combined tackles and one QB hit in two games this year, and has played a total of 59 defensive snaps.

Hicks signed a with the Buccaneers back in May. He spent the past six seasons with the Chicago Bears'and earned Pro Bowl honors in 2018 after recording 55 combined tackles, 7.5 sacks, five passes defensed and three forced fumbles. While Hicks is now 32 going on 33, he's still an experienced defensive lineman who can blow up run plays and get after the quarterback.

With Hicks sidelined for the next handful of games and a potential candidate for short-term injured reserve, expect Pat'O'Connor or Logan Hall to step up in his place. It's also worth mentioning that former Buc Ndamukong Suh remains a free agent.