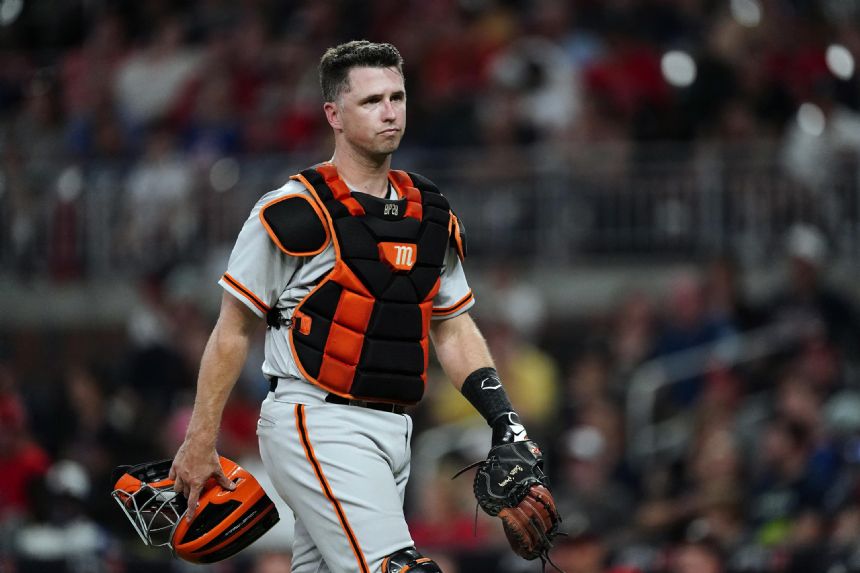 DENVER (AP) - Buster Posey was an MVP, rookie of the year, a seven-time All-Star and three-time World Series champion with the San Francisco Giants.

Now, less than a year after retiring, he's got a new title: owner.

The Giants announced Wednesday the 35-year-old former catcher has joined the ownership group. Posey, while not announcing the percentage, said he bought in with his own money. He's also joining the six-person board of directors.

"So good for our organization to have a player's perspective on our board and making an impact in important decisions," Kapler said. "It's just makes us better."

While Posey said he won't be "in the trenches" with ownership, he plans to be a "sounding board" for chairman Greg Johnson and the rest of the 31-person ownership group. Posey said he didn't envision joining ownership until after the career .302 hitter ended his 12-year career in 2021.

"Not only do we get the benefit of a youthful perspective, but somebody who has played in the field and worn the orange and black," Johnson said. "We are privileged having him as part of the ownership group."

Posey begins his new role as the Giants complete a disappointing season. They entered Wednesday 71-77 and were 9 1/2 games out of the final NL wild card with 14 games remaining.

"I'm excited to provide my insight," Posey said. "Being a player for the San Francisco Giants, I understand there's expectations and that's great."

Johnson said there are some "gaps that need to be addressed" with the roster. He said the team does not yet have player budget for next season, but plan to try to bolster the roster through free agency.

Los Angeles Dodgers shortstop Trea Turner and outfielder Aaron Judge of the New York Yankees, who grew up a Giants fan, are among the pending free agents.

"As you know, we have a lot of flexibility coming into this offseason," Johnson said. "And we're well aware of the shortstops and the person who can hit in the Bronx is out there."

Posey joked that his player recruiting skills need some work after his failed efforts to woo Shohei Ohtani and Jon Lester to San Francisco when he was a player.

"There is time to improve upon that," he said.