Can Guardians keep over streak alive tonight vs. Diamondbacks? Plus, other best bets for Tuesday 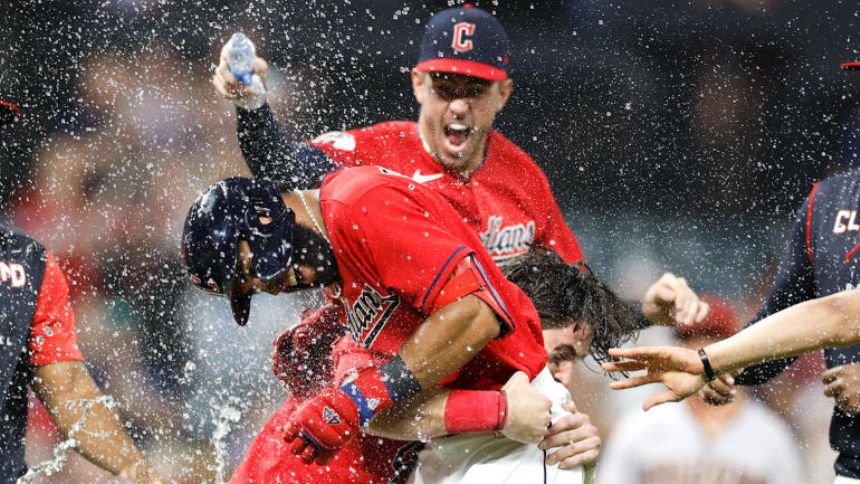 Good afternoon sports fans, it's Chris Bengel back with you on this beautiful Tuesday.

With the trade deadline set for tonight at 6 p.m. EST, moves are happening left and right. . While the final details are being sorted out, Nationals generational star Juan Soto has been informed that he's being traded to the Padres in a massive deal. Look, it's not a terrible haul for the Padres as they're getting three of the Padres' top prospects in pitcher Mackenzie Gore, shortstop C.J. Abrams, and outfielder Robert Hassell III in exchange for Soto.

But the Nationals have managed to push Soto, Bryce Harper, Anthony Rendon, Trae Turner and Max Scherzer out of town in recent years. Oh yeah, and this is a franchise that won the World Series back in 2019. Now the Nationals have moved on from a potential future Hall of Famer and any hope of being competitive.

As the trade deadlines approaches, some teams may be off limits to place wagers on. However, I've got a few picks that can make us some money tonight!

The Guardians have an underrated offense, which is why I'm very comfortable attacking the over in this spot even with a solid pitching matchup. The over is 5-1-1 in the Guardians' last seven games after scoring five runs or more runs in their previous game. On Monday, the Guardians topped the Diamondbacks 6-5 in 11 innings. Between the two teams, only three runs were scored in extra innings, so an over of 7.5 runs still would've cashed.

The Guardians currently rank seventh in batting average (.252) and seventh in hits (879) across the majors. In addition, they have scored at least five runs in four of their last seven games.

From a pitching standpoint, Triston McKenzie and Zac Gallen have pitched well as of late, but they're not immune from surrendering runs. McKenzie yielded four earned runs on six hits over seven inning in his last start against the Red Sox. On the other hand, Zac Gallen has allowed at least three runs in three of his last six starts. On top of that, the Diamondbacks have a less-than-stellar bullpen that has a 4.12 ERA, so if Gallen doesn't go deep into the game, the over can be achieved even if he pitches well.

The Pick: Dodgers (-140):'-- Let's just say that the Dodgers have had the Giants' number in 2022. Los Angeles has come away victorious in seven of the 10 matchups between the two teams this season, including a four-game sweep in July. During their last five games against one another, the Dodgers have outscored the Giants 33-15, including a dominant 8-2 win on Monday to start off the series.'

Tuesday's pitching matchup also benefits the Dodgers in a big way. Los Angeles will be sending left-hander Tyler Anderson to the mound, who has accumulated a 11-1 record to go along with a 2.61 ERA and been just as impressive as Tony Gonsolin all year. Over his last five starts, Anderson has recorded just a 1.11 ERA and yielded zero earned runs over his last three starts.'

Giants starter Alex Wood hasn't exactly been as dependable throughout the season. Wood has accumulated a 4.11 ERA this season, but has been pitching much better as of late. In fact, he's only recorded a 1.65 ERA over his last five starts. Still, I don't expect Wood's hot streak to continue against a lineup as dangerous as the Dodgers.

Key Trend: The Dodgers are 8-1 in their last nine road games

Brewers at Pirates, 7:05 p.m. | TV: MLB.TV
The Pick: Corbin Burnes Over 8.0 Strikeouts (-115) --'It's been no secret that Corbin Burnes has blossomed into one of the top pitchers that Major League Baseball has to offer. With Burnes set to face the lowly Pirates, his strikeout prop is easily where I'm going.

The reigning National League Cy Young Award winner has recorded at least 10 strikeouts in three of his last four starts. In addition, Burnes is coming off an 11-strikeout performance against the Twins. Burnes has also tallied at least nine strikeouts in nine of his 20 starts this season. He's facing a Pirates team that has registered the second-most strikeouts (955) in all of baseball. With the way Burnes is pitching, he should have no problem mowing down countless members of Pittsburgh's lineup on Tuesday.