Can Kyler Murray rise above controversy to take Cardinals to new heights? 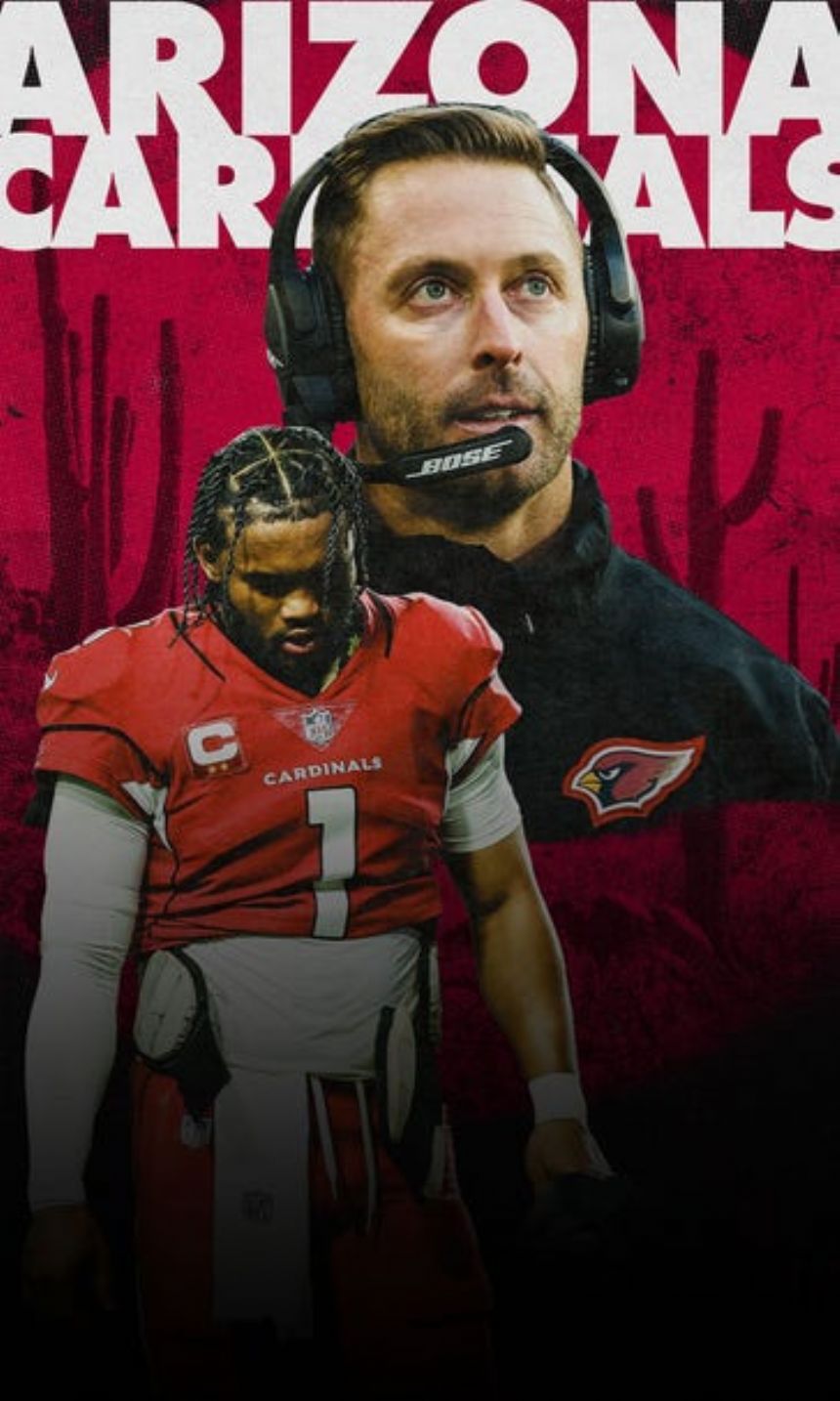 For'Arizona Cardinals quarterback'Kyler Murray, a contentious offseason concluded with a new contract worth up to $230.5 million. However, a much talked about "independent study clause" ultimately removed from the deal put the fourth-year QB under the klieg lights nationally.

Instead, the QB, who turns 25 on Sunday, took the issue head-on in an unscheduled press conference last week, showing a new poise to reporters that his head coach hopes will become the norm for his franchise quarterback.

"I've seen a lot of growth and maturity from when he started to where he's at now," Kliff Kingsbury said. "Our interactions are man-to-man. And from what I saw, he did a tremendous job of just being who he is and making his point heard. That's not easy to do when you're a young man and have all this chatter.

"I thought he handled things really well. And I'm proud of how he's developed in that area since he's been a Cardinal."'

Nick Wright and Chris Broussard explore the ripple effects from the "independent study" controversy that could overtake Kyler Murray and the Cardinals if they have a less-than-stellar season.

Murray rattled off his impressive accomplishments to reporters, which include going 43-0 in high school, winning the Heisman Trophy at Oklahoma, being drafted No. 1 overall by the Cardinals and No. 9 overall in the 2018 MLB Draft by the Oakland A's.

At 5-foot-10 and 207 pounds, the two-time Pro Bowler and NFL Offensive Rookie of the Year said he could not have accomplished those things without a strong work ethic.'

"I'm already behind the 8-ball and I can't take any shortcuts - no pun intended," quipped Murray. "Those things you can't accomplish if you don't take the game serious and prepare the right way."

He added: "To those of you out there that believe I would be standing here in front of y'all without having work ethic and without preparing, I'm honored that you think that. But it doesn't exist. It's not possible."

Murray's impressive resume aside, the NFL is all about what you've done lately. And so far, Murray and Kingsbury have failed to lead the Cardinals to a postseason victory in three seasons together.'

The average annual value of Kyler Murray's new deal is more than $46 million, second only to that of Aaron Rodgers. Skip Bayless explains why he is concerned about the extension.

After the fallout from the independent study clause, the Cardinals and Murray must repair and build their trust, allowing Arizona to reach a new level of success on the field.'

"He's been through the fire now," Kingsbury said. "I just think he understands what is on him each and every day. I couldn't be more proud of the way he's handled all of it. The mental toughness that's been developed through the end of last year, the Rams' [playoff] game, this offseason, this recent thing. I've seen a marked change in him, and it's all been positive."'

Murray said he and Kingsbury are in a good place, with the young quarterback able to point out things in the offense that he feels should be changed or corrected.

On the field, Murray is animated, working with young receivers like'Antoine Wesley on releases and route-running on the side in between practice periods.

"We live exactly 10 minutes away from each other," Wesley said when asked about his relationship with Murray. "We've been in his backyard, just throwing and working on the chemistry. That's one of my best friends right there. We're very close."'

Before he tested positive for COVID-19 last week, Kingsbury had Murray call plays for the backup quarterbacks - giving the QB a window inside the stresses of being an NFL head coach.'

"I just want him to know that 'Hey, this s--- ain't easy," Kingsbury said with a laugh. "Every now and then, he starts shaking his head when I'm calling it in there. So, I'm like, 'All right, go ahead big dog.'

"But no, anytime we can keep him involved. And he was coaching them up right to the last second - right before they were going to throw the ball, he'd be saying stuff."'

Colin Cowherd discusses what coach Kliff Kingsbury tasking Kyler Murray with calling plays for the backup quarterbacks means for Murray's relationship with the team, especially after a rocky offseason.

Murray tested positive for COVID-19 over the weekend, so he had to sit out of practice this week. He already had been dealing with soreness in his right wrist that had limited his reps.'

The Cardinals also continue to deal with adversity off the field. Pro Bowl receiver DeAndre Hopkins will not be available for the first six games of the regular season due to a PED suspension. The receiver expected to fill the void, Marquise Brown, was arrested for criminal speeding on Wednesday, a day after returning to the active roster after sitting out the start of training camp due to a hamstring injury.'

And Cardinals running backs coach James Saxon was charged this week with two counts of domestic battery, allegedly assaulting a woman in Indianapolis in May. Saxon was placed on leave from the team on Friday.

As the face of the franchise, Murray needs to be the calm in the storm for the Cardinals. It's why Arizona signed him to that huge contract extension.

Kingsbury, the "swaggy coach" who tried to recruit Murray to Texas Tech out of high school, believes he's up to the challenge.'