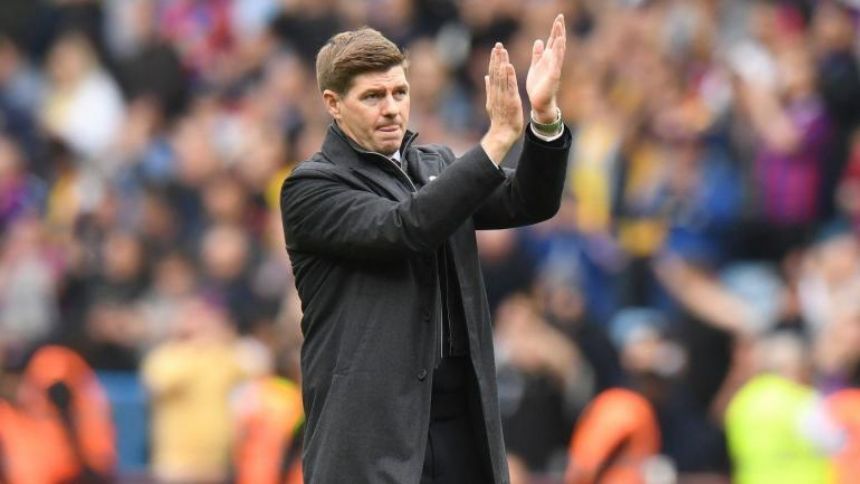 As one of the resident Aston Villa fans at AP Sports, I felt that it was my duty to look at Steven Gerrard's men ahead of their final two games of the Premier League season. After all, much is being made of the fact that the Villans could not only give their manager's former club Liverpool a helping hand in their push for the title, but also make things worse for the Reds' bitter rivals Everton in the relegation fight.

Villa host Burnley on Thursday in their final home match of the campaign before traveling to Manchester City on Sunday to close out the 2021-22 campaign and there is no denying that positive results in one or both encounters could shape how this term plays out. Is this likely to happen, though?

As much as the thought of Gerrard playing a role in a Liverpool Premier League title, despite now being a manager, would fill a narrative hole left from his playing days, the idea that it would be a motivating factor for Villa's players is laughable. It's not even particularly important for Gerrard himself. Villa's manager is already on his former club's radar as a potential future managerial appointment and does not need to curry additional favor given his legendary status at Anfield.

There's also enough for Villa to play for on its own merit. Six points, at present, can still lift the Birmingham outfit into the top half of the topflight table, which would be a positive end to a mixed season which promised much but ultimately delivered little -- certainly in terms of initial European qualification ambitions. Then there's the idea of depriving former talisman Jack Grealish of immediate Premier League title success in Manchester, though as much as it might bring a smile to more than a few faces around Villa Park, that will not be a serious motivating factor coming into these two final fixtures. Crucial figures like Gerrard and new acquisitions Philippe Coutinho and Lucas Digne didn't arrive until Villa's previous talisman was already plying his trade in Manchester.

So, the stories are nice, but it's the more mundane which will matter. Villa are two games without a win but still within reach of a positive finishing position which would indicate progress made despite the transition between Dean Smith and Gerrard midway through the campaign. There is little doubt that the Villans can handle the team occupying berths in the lower half of the table and there has been evidence against the likes of Manchester United and Liverpool that the team can go toe-to-toe with some of the bigger guns to an extent. Turning in performances consistent with a team moving in the right direction, following up locking Coutinho into a permanent deal with a strong close to the season which leaves the team optimistic ahead of a possible chase for the European spots next year is likely what will drive the squad if they are to achieve two strong results.

However, getting those results appears to be slightly above Villa's station at present, so expecting six points from these two matches is probably quite fanciful. Four points is perhaps more realistic and would still represent an impressive return and that would be enough to draw level with Leicester City and Brighton and Hove Albion depending on their results from very tough games.

I learned all about life with a ball in my hands ??

Villa has plenty to play for against Burnley and City which makes them dangerous to come up against at this stage of the season with so much on the line. A 3-1 win over Burnley recently means that the Clarets will know how to approach Gerrard's men better than they did at home while Pep Guardiola's men can score for fun against pretty much anybody in the league, even if their defense does have some holes at present.

With all due respect to Everton, the Toffees' plight simply will not bother Gerrard or Villa in the slightest and even a win over Burnley does not automatically seal survival for Frank Lampard's men although an away win at Villa Park would really set up a thrilling final day relegation battle. And winning against City, while certainly possible, is really as much about whether City show up prepared to perform to the best of their ability as anything Gerrard might inspire his charges to do.

As much as dreaming up scenarios which would see Gerrard do Jurgen Klopp's men a massive favor or pull Everton deeper into the drop zone mire, the reality is that the Villans have their own pride and progress to play for this week. This term has been far from perfect in Birmingham, but these two final games offer the opportunity to sign off for the summer with a flourish having made progress in difficult circumstances.

It just so happens that doing so might also have an indirect impact on what happens at both ends of the table. Obviously, though, with my Villa cap on, some of those narratives surrounding the two final encounters sure do sound appealing.