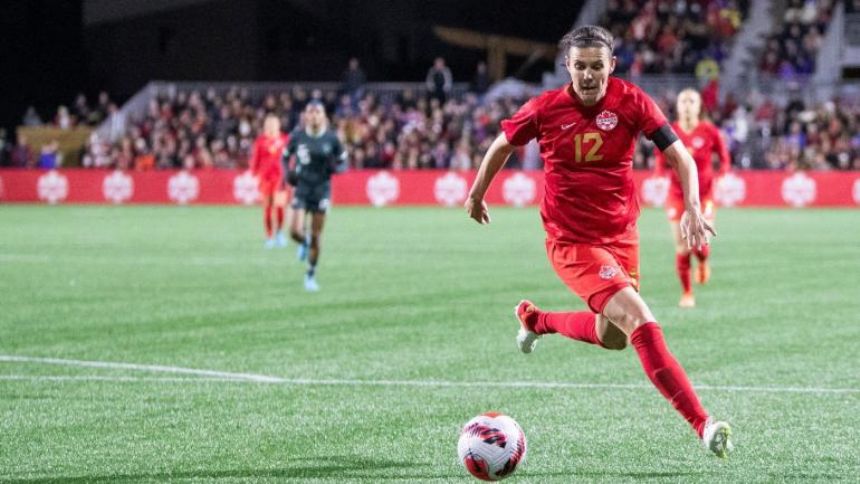 Canada's women's national soccer team will face off against Trinidad & Tobago for the first time since 2016 when the final round of the 2022 Concacaf W Championship continues on Tuesday on Paramount+. The Canadians, who are No. 6 in the FIFA world rankings, are coming off back-to-back draws, including a scoreless match against South Korea on June 26. Trinidad & Tobago is also coming off a draw, a 2-2 match against Guyana that followed a 13-0 win over Turks & Caicos on April 9. Canada hasn't faced Trinidad & Tobago since the Olympic qualifiers in 2016, and Tuesday's match will be played on even ground in Mexico. You can'stream the match live on Paramount+.

Kickoff from Estadio BBVA in Monterrey, Mexico is set for 10 p.m. ET and will be'streamed live on Paramount+ with their must-have Premium plan.'

Paramount+ now has levels of membership so you can watch the hottest soccer matchups worldwide and much more. The Premium Plan is $9.99 per month and you can watch your local AP live stream, including plenty of sports like Champions League, Italian Serie A, college hoops, and the PGA Tour, with no ads, on demand and the ability to download episodes for offline viewing. Plus, watch the highly-anticipated series Halo, Picard, 1883, and more. Both plans come with a free week to start and include soccer matches, so sign up now here.

Before you tune in to Tuesday's match, you need to see the Canada vs. Trinidad & Tobago picks from SportsLine's soccer insider Brandt Sutton. Sutton, a former collegiate soccer player, has been SportsLine's top soccer editor for nearly five years. He has followed soccer closely for much longer and factors in managerial tactics, projected lineups and past performances to make the most informed decisions possible, keeping his finger on the pulse of the game all over the globe. Sutton has also been on a roll with his best bets, going 106-79 in his last 185 soccer picks, returning over $2,800 for $100 bettors.

For Canada vs. Trinidad & Tobago, Sutton is picking the Canadian side to win by a score of 4-0. Even though Trinidad upended Turks & Caicos a couple of months ago, the expert still believes Canada has a more talented roster. The Canadians also have history on their side, as they are undefeated against T&T. When the sides last met in 2016, Canada cruised to a 6-0 victory.

Canada is one of the heavy favorites to win the W Championship along with the United States Women's National Team. Christine Sinclair continues to be a figurehead, as the 39-year-old veteran enters Tuesday's match with 189 goals in 310 matches, the most scored at the international level among both male and female players.'Stream the match now here.