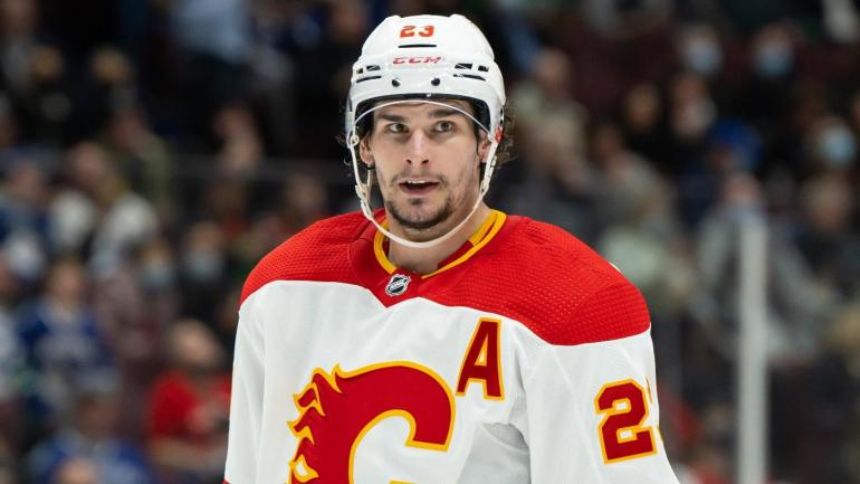 With the Calgary Flames , they needed to clear salary cap space. They were able to do that by trading center Sean Monahan and a conditional 2025 first-round pick to the Montreal Canadiens, the team announced'Thursday.

Monahan has one year left on his contract with an AAV of $6.375 million, and it cost the Flames to get rid of that cap hit. In exchange for Monahan and the first-round pick, Calgary received future considerations.

The No. 6 overall pick in the 2013 NHL Draft, Monahan scored 22 goals as a rookie and elevated his game over the next five seasons. Through his first six years with the Flames, Monahan scored a total of 182 goals, including a career-best 34 tallies in the 2018-19 season. However, injuries have taken a toll on Monahan, and he hasn't played at that level for three seasons now.

Monahan's last 20-goal season came when he scored 22 times in 2019-20, and his production has really fallen off a cliff since then. This past season, Monahan saw his role reduced quite a bit and scored eight goals in 65 games before hip surgery brought his year to an abrupt end.

While Monahan can still be a dependable depth player, particularly on the defensive end, he is no longer the offensive threat he once was.

For the Canadiens, a team still in rebuilding mode, it will be worth a shot to take the first-round pick and see whether a change of scenery can spark Monahan's offensive production. If not, Monahan will be a free agent next summer, and Montreal doesn't have to worry about any long-term commitments.