Canadiens win NHL draft lottery; Devils move up to No. 2 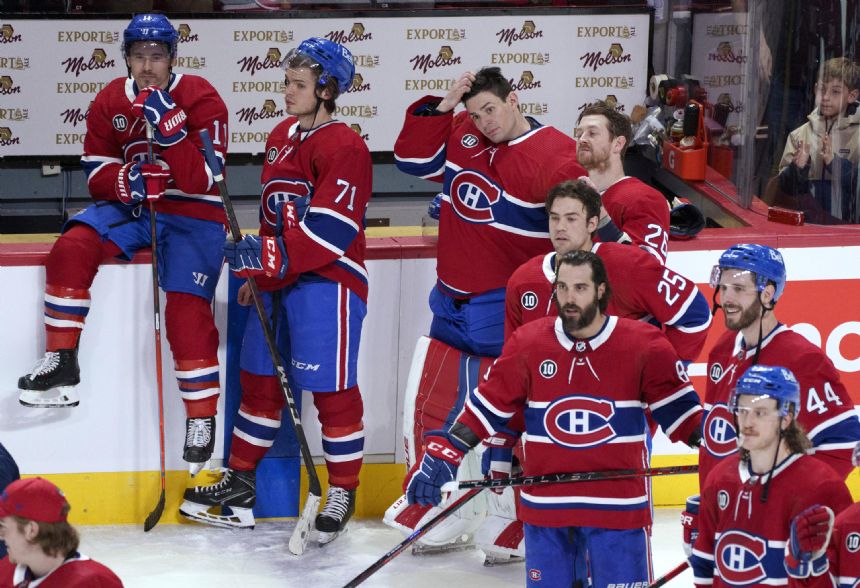 The Montreal Canadiens are not only hosting the NHL draft in July, they'll have a chance to be the headliners after winning the draft lottery on Tuesday night.

The Canadiens followed a turbulent season in which they finished last in the overall standings by retaining the right to the No. 1 pick.

The New Jersey Devils shook up the draft order by winning the second of two lottery drawings and moving from the fifth to second slot in the draft order.

The Devils' win bumped Arizona from second to third, Seattle to fourth and Philadelphia to the fifth slot. The remaining slots from 6 to 16 remained unchanged based on where the teams finished in the standings.

Montreal finally managed to pick up a big win following a season in which the Canadiens were undone by a series of injuries and free-agent losses, which led to the team firing coach Dominique Ducharme and general manager Marc Bergevin. Kent Hughes took over as GM with Martin St. Louis still holding the title of interim coach.

The Canadiens went from reaching the 2021 Stanley Cup Final, which they lost in five games to Tampa Bay, to a 22-49-11 finish - the franchise's fewest wins in 60-plus-game season.

The timing of the lottery win at least lines up with the Canadiens' lengthy wait to host the draft, scheduled for July 7 and 8. Montreal was originally scheduled to host the event in 2020, but the last two drafts were held remotely because of the coronavirus pandemic.

Montreal becomes the first team to host the draft and have the No. 1 pick since Toronto in 1985, when the Maple Leafs selected Wendel Clark.

The NHL adapted its rules for this year, limiting lottery-winning teams to moving up only 10 spots in the draft order. Another rule going into effect this year prevents teams from winning the lottery more than than twice over a five-year period.

The lottery determined the top 16 selections, with the remaining 16 to be determined by where teams finish in the playoffs.

Wright, who is from Brampton, Ontario, and plays for the Kingston Frontenacs, has an opportunity to become the first OHL player drafted first since Edmonton chose Connor McDavid with the No. 1 pick in 2015. Wright averaged 1.49 points-per-game in finishing with 32 goals and 62 assists in 63 regular-season outings this season.

Wright said he would be unable to watch the draft lottery, because he was preparing to compete in a playoff game.

Slafkovsky scored seven goals to earn MVP honors at the Beijing Winter Olympics in February and help Slovakia win bronze - the nation's first Olympic ice hockey medal. The 6-foot-3 winger has a chance to become the highest-drafted Slovakian-born player after Marian Gaborik was chosen third by Minnesota in 2000.

The prospects' next step will be to participate in the NHL's rookie combine, which will be held in Buffalo from May 29 to June 4.

The draft lottery also settled two picks among the top 16.

Chicago's selection at No. 6 will transfer to the Columbus Blue Jackets as part of the trade in which the Blackhawks acquired Seth Jones last summer. The Blue Jackets will also pick 12th.

The Buffalo Sabres will now have three first-round selection after adding Vegas' pick at No. 16 as part of the trade that sent Jack Eichel to the Golden Knights in November. Buffalo will also be selecting ninth and also owns the Florida Panthers first-round pick, which won't be determined until the playoffs are completed.