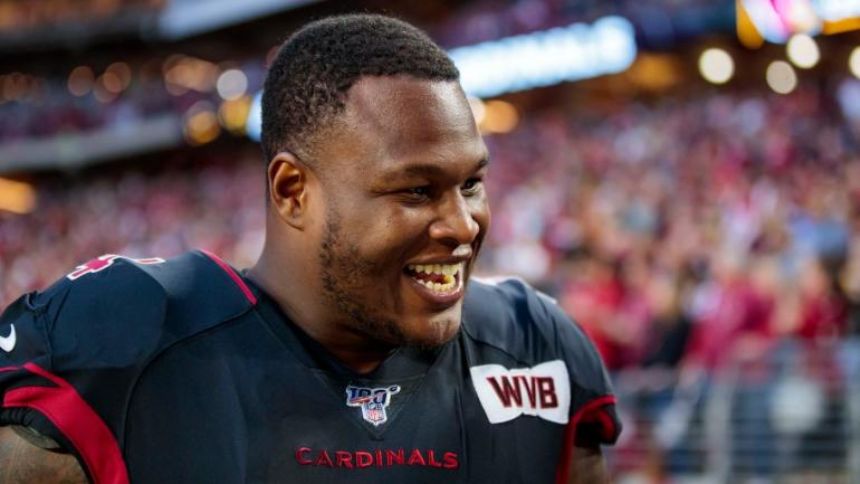 D.J. Humphries isn't going anywhere. The Cardinals' Pro Bowl left tackle penned an extension that will keep him in Arizona through the 2025 season. Humphries, who signed a three-year, $45 million extension in 2020, was going into the final year of a contract that was slated to pay him a base salary of $14 million. Terms of the new deal were not disclosed.'

Humphries has come a long way since the start of his NFL career. The 24th overall pick in the 2015 NFL Draft, the former Florida Gator was inactive throughout his rookie season as Arizona reached the NFC Championship Game. He started to make an impact in 2016, making 13 starts at right tackle.'

Injuries hindered Humphries' availability during the 2017 and '18 seasons. He's bounced back in the big way, as he made 47 straight starts from 2019-21. He made his first Pro Bowl last season after helping the Cardinals end their six-year playoff drought.'

Extending Humphries' contract gives the Cardinals some much-needed stability on the offensive line. Guards Justin Pugh, Will Hernandez and right tackle Kelvin Beachum are all entering the final year of their contracts, while center Rodney Hudson may retire after the season.'

The unit will be together for at least the 2022 season. Humphries and his teammates on the offensive line will look to continue to provide solid protection for Kyler Murray, who last year become the third quarterback in league annals to throw for at least 20 touchdowns and run for at least 10 more in the same season.'