Cardinals will bounce back vs. Brewers, plus other best bets for Tuesday 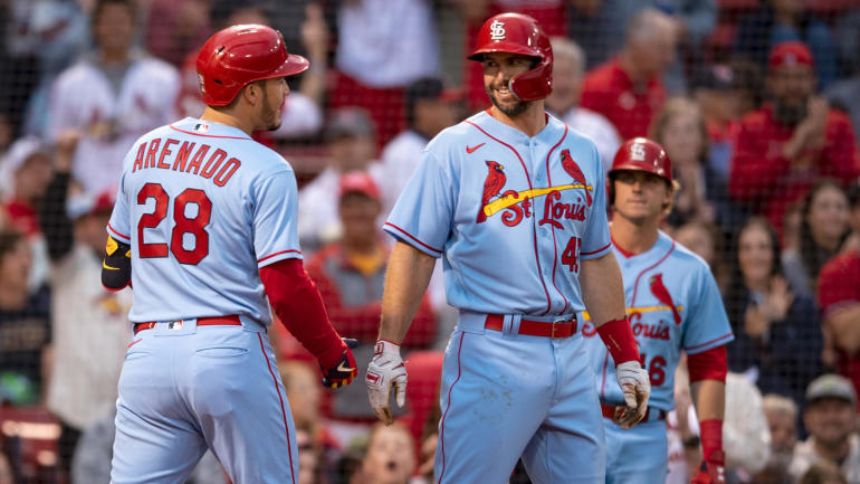 Good afternoon gamblers, it's Chris Bengel back with you. We're almost at that time of the year when the only major North American sport we can bet on is Major League Baseball. Tuesday will serve as a preview, with only baseball on the slate.

One positive as we inch closer to the MLB-only part of the summer is that the Stanley Cup Final has actually turned into a series. The Colorado Avalanche took the first two games against the Tampa Bay Lightning (including a 7-0 annihilation in Game 2) but the Lightning bounced back with a 6-2 win at home in Game 3 last night. If the Lightning can continue to get shots in high percentage areas around Avalanche netminder Darcy Kuemper, this series is far from over.

But there's no hockey tonight, so let's get to my picks on the diamond!'

While the Cardinals had just three hits in Monday's 2-0 loss to the Brewers, it's worth noting that they had to deal with Corbin Burnes on the mound. The pitching matchup is a little more favorable for St. Louis tonight.

Their right-hander Jack Flaherty will be on the bump for just the second time this season. His first start was forgettable against the Pirates last week as he allowed four runs (two earned) over just three innings while on a 60-pitch count. Tonight, the veteran starter will face a Brewers lineup that is hitting just .233 as a team -- good for 23rd in the majors. If Flaherty can stay away from the long ball, he should be able to turn in a strong outing.

On the other hand, the Brewers are sending right-hander Chi Chi Gonzalez to the mound on Tuesday. In two starts this season, Gonzalez has surrendered three runs both times and hasn't lasted more than four innings. Additionally, the Cardinals own a .254 batting average as a team, which is the sixth-best mark in all of the majors. Considering that star slugger Paul Goldschmidt is hitting .339 on the season, a long ball or two against Gonzalez wouldn't be out of the question.

The Pick: Pirates (-170):'-- The youth movement has begun in the Steel City and I am here for it. My wife is a Pittsburgh native, so I pay a little bit more attention to the Pirates than a non-fan should. And you know what? They kind of quietly haven't had a terrible season. On Monday, the arrival of shortstop mega prospect Oneil Cruz clearly showed that he was worth the price of admission. He knocked in four runs and showed off his cannon of an arm in a 12-1 Pirates win over the Cubs.'

Besides Cruz's bat, another positive for Pittsburgh is that they'll be sending right-hander Roansy Contreras to the mound. Contreras has a 3.06 ERA in eight appearances thus far. While he's yielded three runs in each of his last two starts, those were on the road. In two home starts, the Pirates right-hander has surrendered just one run on eight hits in 13 2/3 innings -- and also recorded 18 strikeouts during those contests.

Cubs starter Matt Swarmer has given up 10 runs over his last two starts and is coming off an outing in which he walked five batters against the Padres. I'm riding with Contreras and the Pirates to keep their winning ways going against the Cubs.

Key Trend: The Pirates are 5-2 in their last seven games as a home favorite

Yankees at Rays, 7:10 p.m. | TV: MLB.TV
The Pick: Nestor Cortes Over 5.5 strikeouts (-120) --'As our pal Tom Fornelli has gone over, the Yankees have been an extremely popular team to bet on throughout the 2022 season. They have the most wins (50) across Major League Baseball and look like an unstoppable force.

While the offense has been lethal, the Yankees have also gotten tremendous production from their starting pitching. Nestor Cortes has been one of the more intriguing stories in the league, as he has recorded a 1.94 ERA, which is the fourth-lowest in all of baseball.

While the Yankees moneyline is always a great play, -185 odds is a little rich in a spot where there are no guarantees. That's why I'm on Cortes' strikeout prop here. In his last seven starts, Cortes has tallied at least six strikeouts in four of those contests. Additionally, the Rays have registered 579 strikeouts as a team, which is 10th-most in the majors this season. Cortes has also lasted at least seven innings in three of his last six starts, so a deep outing should give him plenty of strikeout opportunities.

Key Trend: Cortes has registered at least six strikeouts in four of his last seven starts