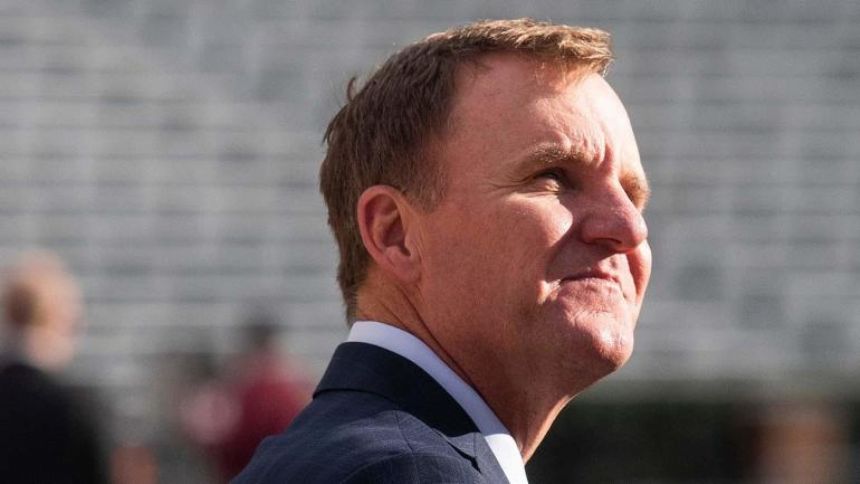 Former Arkansas coach Chad Morris has resigned as coach at Allen (Texas) High School after just one season, the school announced on Friday. Morris' departure was first reported by Dave Campbell's Texas Football. The Allen High School ISD confirmed that Morris has been presented with the opportunity to return to the college football ranks.'

"I am so thankful to Allen ISD for the chance to work with an amazing group of student-athletes and a dedicated coaching staff," Morris said in a statement. "Allen is a top-notch school system that prioritizes students above all else."'

Morris' hiring was one of the flashiest high school hires in recent memory at the alma mater of stars like Kyler Murray, Greg Little, Jalen Guyton and others. The Texas native ranks among the most beloved Texas high school coaches of all time after leading two different high school programs to a combined three state championships.' Notably, Morris won back-to-back state championships at Austin-based Lake Travis with heralded quarterback Garrett Gilbert in 2008 and 2009. One year later, he took the offensive coordinator job at Tulsa.

Morris helped develop Clemson into a national powerhouse as offensive coordinator before earning the top job at SMU in 2015. He led the Mustangs to a 7-5 season in 2017 before being named the coach at Arkansas. Unfortunately, Morris' 4-18 record -- and 0-14 mark in conference -- ranks as perhaps the most dismal head-coaching tenure in SEC history.'

Allen struggled to find consistency in Morris' first season, as the high school lost its first-ever home game since opening its new stadium in 2012. The Eagles also snapped an 84-game regular-season winning streak before losing to Southlake Carroll in the state regional finals. The 11-3 record was the worst mark at Allen since 2005.'

While Morris has not announced a destination, there are several spots in the Dallas-Fort Worth area that could make sense for his services. Morris' son, Chandler, is entering his redshirt sophomore season as a quarterback at TCU. Morris' former job at SMU was recently filled by Rhett Lashlee, potentially leaving off-field opportunities available. North Texas is another FBS programs with deep high school ties in the Metroplex.'