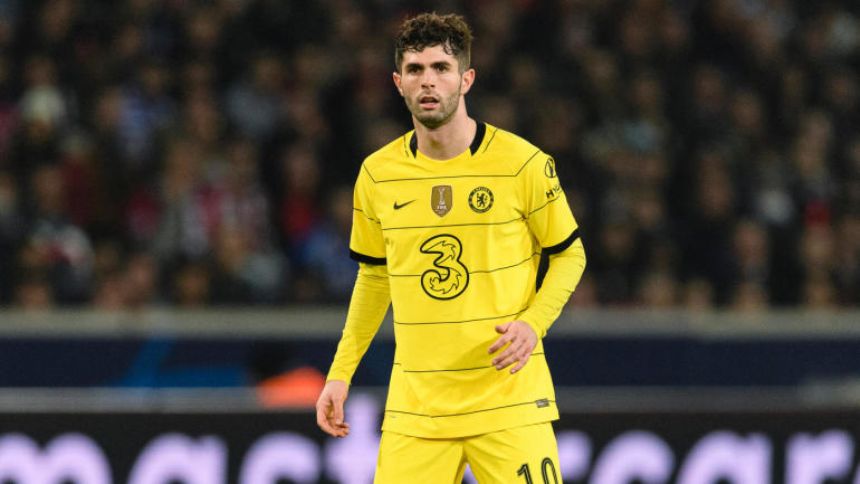 and Leicester City face off in an English Premier League tilt on Thursday. The two clubs are even with three wins, three draws, and three losses in the last nine matches against one another. Chelsea is locked into the top four of the EPL table, though the Blues seek a top-three finish. Leicester City, meanwhile, is in ninth place but aiming for a marquee victory on the road.'

Kickoff from Stamford Bridge in London is scheduled for 3 p.m. ET. Caesars Sportsbook lists Chelsea as the -255 favorite (risk $255 to win $100) in its latest Chelsea vs. Leicester City odds. Leicester is a +750 underdog, a draw is priced at +360, and the over-under for total goals scored is set at 2.5. Before making any Leicester City vs. Chelsea picks, be sure to see what proven soccer insider Martin Green is saying.

After working in the sports betting industry for several years, Green became a professional sports writer and handicapper and has covered the game worldwide. Since then, his European soccer picks have been spot-on. Green has generated over $37,000 for $100 bettors since the 2017-18 season and is 34-30-3 (+406) since January 1 on Premier League picks. He has his finger on the pulse of the game all over the globe.

Chelsea has enjoyed a strong season, with a guarantee to finish in the top four of the table. A victory would secure the No. 3 spot, and Chelsea has only three home losses during the 2021-22 season. In 17 home matches, the Blues have allowed only 20 total goals, and Chelsea is No. 3 in the EPL with only 31 goals allowed. That is buoyed by a 75.7 percent save percentage that ranks No. 2 in the league, and Chelsea is in the top three of the EPL with 16 clean sheets.'

Chelsea beat Leicester City by a 3-0 margin earlier this season, and the Blues are aiming for the first league double over the Foxes since 2016-17. On offense, Chelsea is No. 3 in the EPL with 73 goals, and the Blues rank in the top three of the league in assists (49) and assists per 90 minutes (1.36). Chelsea has a +28.4 expected goal differential that also backs up the team's overall quality and defends against any notion of unearned good fortune.

Leicester is keyed by high-scoring stars. is a clear standout, scoring 14 goals in EPL play this season. Vardy leads the entire EPL in scoring 0.77 goals per 90 minutes, and he also leads the league with 0.29 goals per shot. Vardy is flanked by , who has 10 goals and seven assists, and , who has six goals and nine assists in league play. Barnes is in the top five of the EPL with 0.41 assists per 90 minutes, and Leicester has one of the best attacking profiles in the EPL on the offensive side. That includes at least one goal in nine of the last 10 league games and eight goals in the last two matches.'

Leicester City has also enjoyed success at Stamford Bridge with only one loss in the last five trips, and the Blues have only two wins in their last seven matches on home soil.

Green has taken an intensive look at the Chelsea vs. Leicester matchup from every angle. He has locked in a pair of best bets that he's saying are must-back picks. He's only sharing those picks on SportsLine.