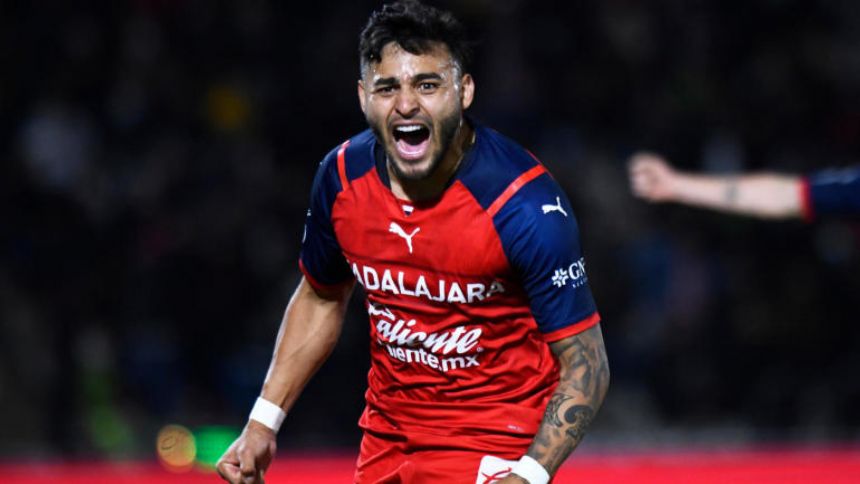 Chivas will try to rebound from a disappointing draw -- and a devastating loss -- on Saturday night when it hosts in a 2022-23 Mexican Liga MX match. Chivas suffered a huge blow even before kickoff last week against Juarez, as young star striker Jose Macias tore his ACL in training for the Torneo Apertura campaign. The team then opened with a listless 0-0 stalemate with Juarez, one of the league's worst teams last season. San Luis, meanwhile, started against one of the league's top teams but battled to the end, losing 2-1 on a winning goal scored three minutes into injury time. The last meeting between these teams ended in a 2-2 draw, at Estadio Alfonso Lastras in San Luis Potosi back in March.

Kickoff is set for 8:05 p.m. ET at Estadio Akron in Guadalajara, Mexico. Caesars Sportsbook lists Chivas as the -102 favorite (risk $102 to win $100) on the 90-minute money line in its latest Guadalajara vs. San Luis odds. San Luis is a +290 underdog, a regulation draw is priced at +220 and the over-under for total goals scored is 2.5. Before locking in any Atletico San Luis vs. Chivas Guadalajara picks, you need to see the Liga MX predictions from soccer insider Martin Green.

After working in the sports betting industry for several years, Green became a professional sports writer and handicapper and has covered the game worldwide. Since then, his European soccer picks have been stunningly accurate. Green has generated more than $37,000 for $100 bettors since the 2017-18 season, and he is 13-12 over his last 25 soccer picks. Green has his finger on the pulse of the game all over the globe.

Now, Green has broken down the San Luis vs. Guadalajara matchup from every angle and just locked in his picks and predictions. You can head to SportsLine to see his picks. Here are the betting lines and trends for Guadalajara vs. San Luis:

Why you should back Chivas Guadalajara

Chivas will come out hot after a hugely disappointing setback to start the Apertura. The loss of Macias left them a bit rudderless, but it has the talent to beat a team like San Luis. Los Atleticos conceded 45 goals in the 34 matches over the two Torneos last season, while Guadalajara yielded one goal per game. The likes of Angel Zaldivar, Alexis Vega and could make some noise. Zaldivar had a team-high seven goals last season, while Vega had five and added five assists.

Chivas controlled the last meeting, holding the ball for 65 percent of the game and owning a 12-8 edge in shots. San Luis allowed 15 shots, eight on target, in its opener. Fernando Beltran scored one of the goals in the March meeting, and he will hold down the midfield with Jesus Angulo (who scored the other) out injured. Alvarado had three goals and four assists and is likely to play opposite as wing backs in the makeshift lineup. Guadalajara is 3-2-2 in the past seven meetings.' ''

Why you should back San Luis

Los Atleticos had their share of chances in Sunday's match with Leon and nearly came away with a point. They face a Chivas outfit that is decimated by injuries that yielded possession to an inferior Juarez team (53 percent to 47) and allowed 11 shots. Several players will be out of position for Guadalajara, so San Luis needs to capitalize. Veteran Abel Hernandez, who had two goals and two assists mostly coming off the bench last season, should be one of the main threats in the attack.

The team also brought in Sabin Merino from the Spanish second division to help replace Liga MX top scorer German Berterame, who went to on a free transfer. can make the plays in midfield, and he had four assists last season, the 22-year-old's first with the team. Los Atleticos actually were a better team on the road last season, taking at least one point in 12 of 17 games. They were plus-2 in goal differential in away games but minus-7 on their own turf.'

How to make Guadalajara vs. San Luis picks

Green has scrutinized the San Luis vs. Guadalajara match from every angle, and he is leaning Under on the goal total. He also provides two confident best bets, both offering plus-money payouts, and has a full breakdown of the match. He's only sharing those picks here.

So, who wins the Chivas vs. San Luis Liga MX match Saturday? And where does all the betting value lie? Visit SportsLine now to see the best bets for the Atletico San Luis vs. Chivas Guadalajara match, all from the soccer expert who has generated more than $37,000 for $100 bettors over the past four seasons.